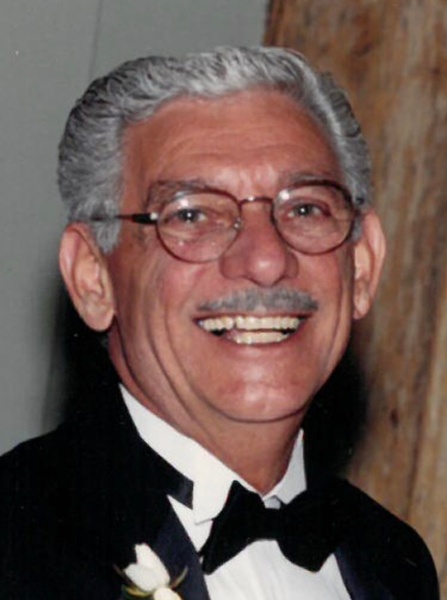 Private funeral services and Christian Burial will be held on Thursday, April 16, 2020 for E.C. “Chuck” Anselmo, Jr., 79, who passed away peacefully on April 13, 2020 at St. Joseph Hospice of Acadiana.  Interment will be at Greenlawn Memorial Gardens in Lafayette.


Mr. Anselmo was born September 18, 1940, in Port Arthur, Texas.  He is the husband of Cynthia Comeaux Anselmo, and son of the late Earnest Charles Anselmo, Sr. and his wife Mable, and the late Violet Young Anselmo Parks and her husband Perry. Chuck served in the United States Army before moving to Opelousas in 1967 where he became an agent at the Bekins Moving Company.  This was the beginning of his long successful entrepreneurship. In 1977, he moved his business to Lafayette and became a United Van Lines agent, which transitioned to Mayflower Transit.  During those years he donated his trucks for various causes, some of which were Thanksgiving Dinner on the Mayflower, where a radio station would serve a lucky winner their Thanksgiving dinner inside the trailer which was decorated with new furniture donated to the winner.  He was also a big supporter for the Food for Families Drive where his trucks were used to transfer the donated food to the food bank for storage.  He sold his business after 38 years in the moving company industry. In 1979, he started All States Portable Buildings, eventually selling it to his son, Chuck, in 2002. In 1998, he started A & A Record Storage and Data Management, later selling it in 2008. In 2010, he became co-owner of the Louisiana Icegators with his son, Chuck.


He held numerous officer positions and won many awards in his younger years, but his most impressive accomplishments were with the American-Italian Federation of the Southeast. He was instrumental in organizing this club which consists of several southeastern states. He served as president numerous times and till his death served as Chairman of the Board. He was active in helping establish the Italian American Renaissance Foundation which maintains a museum and Sports Hall of Fame in New Orleans dedicated to the accomplishments of Italians.  In addition to acquiring and remodeling the museum itself, the foundation is also responsible in developing the Plaza d’Italia outside the museum.  This Plaza has a large fountain with a model of Italy superimposed in the middle.  It was later donated to the City of New Orleans.  He served as an Opelousas Jaycee, where he held several positions and won a number of awards, such as: Spark Plug, Spoke, and Outstanding Man of the Year. The State of Louisiana honored him as being named Honorary Ambassador of the Italian Community. The Republic of Italy honored him in 1978 with the rank Cavalier dell’Ordine Della Stella Della solidarities Italiana. Another top honor received was the Antonio R. Rizzuto award from the Unico National, and this one says it all to describe Chuck. Their motto is “SERVICE ABOVE SELF”

He was preceded in death by his mother, Violet Young Anselmo Parks and her husband Perry;  his father, Earnest Charles Anselmo, Sr. and his wife Mable;  and his first wife and mother of his three children, Betty Joan Mallet Anselmo.

Walters Funeral Home is in charge of arrangements.

To order memorial trees or send flowers to the family in memory of E.C. "Chuck" Anselmo, Jr, please visit our flower store.