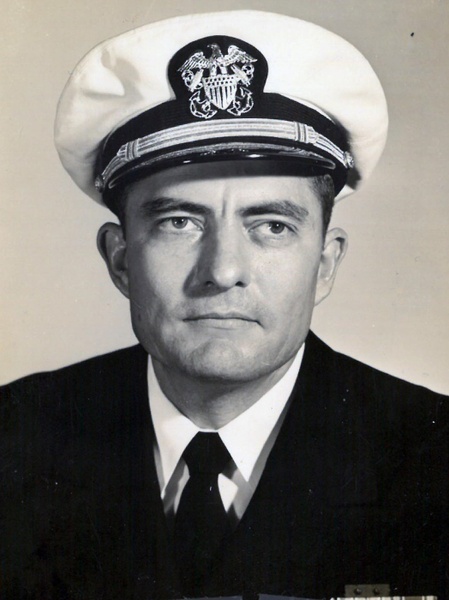 A Mass of Christian Burial will be held Friday, September 9, 2022 at 10:00 am at St. Elizabeth Seton Catholic Church for Marshall John Lafleur, 96, who passed away September 1, 2022. Father David Hebert, pastor of St. Elizabeth Seton, will be the celebrant of the funeral mass and will conduct the funeral services. Lectors will be Rhonda Babel and Zoie Babel; gift bearers, Benjamin Corbello, April Corbello, Tamra Minter, and Lindsey Kritikakos. Jodi Bollich, organist and soloist, will perform, "Amazing Grace", "To You, O Lord I Lift My Soul", "I Can Only Imagine", "You Raise Me Up", and "On Eagle's Wings". Interment will follow the mass in Greenlawn Memorial Gardens.
Survivors include three children, Peter Lafleur and his wife Karen of Gonzales, La., Trina Abramski and her husband Henry of Aurora, Ill., and Carleen Corbello and her husband Eddie of Carencro, La.; six grandchildren, Tamra Lafleur Minter and her husband Dustin, Charles Allen Lafleur and his wife Jennifer, Rhonda Wiseman Babel, Lindsey Wiseman Kritikakos, Benjamin Corbello, and April Corbello; and five great-grandchildren, Jacob Lafleur, Emma Minter, Zoie Babel, Mayia Kritikakos, and George Marshall Kritikakos.
He was preceded in death by his first wife of fifty years and mother of his children, Mary Verna Johnson Lafleur; his second wife of fifteen years, Eloise Briley Roberie Lafleur; his parents, the former Hester Jones and Herbert Lafleur; three sisters, Helen Lafleur Fontenot, Cecile Lafleur Hollier, and MaryAnn Lafleur Fontenot; two brothers, Leevern Lafleur and Herbert Lafleur; and two grandchildren, Elizabeth Corbello and Mary Beth Corbello.
Marshall was born on October 2, 1925 in Grand Prairie, La. He was a member of the graduating class of 1942 at Grand Prairie High School. Soon thereafter he joined the United States Navy, serving in three wars: World War II, Korea, and Vietnam. He went on to make a career with the Navy, achieving the rank of Chief Warrant Officer W3 before retiring on June 1, 1967.
Upon his retirement from the Navy, he and his family returned to Louisiana and settled in Lafayette. He attended the University of Southwestern Louisiana (now ULL), starting as a freshman at age 41. He earned his Bachelor's Degree in Business Administration in 1970 and his Master's Degree in Education in 1978. He taught Industrial Arts at Sunset High School from 1971 until his retirement in 1986.
Marshall was a member of the American Legion Post 237 in Sunset and a Lifetime Member of the VFW. His favorite hobbies were hunting and fishing. He also enjoyed gardening, and had planted a yard full of vegetables, fruit and pecan trees. He delighted in giving fresh vegetables to whomever came around. He will be dearly missed by many.
Serving as pallbearers are Charles Lafleur, Jacob Lafleur, Edward Corbello, Henry Abramski, Dustin Minter, and Jason McGowan. Honorary pallbearer is Peter Lafleur.
The family requests that visitation be held Thursday, September 8, 2022 between the hours of 4:00 - 7:00 pm, and resume Friday morning at 8:00 - 9:30 am. A rosary will be prayed at 6:00 pm Thursday evening.
Words of condolence may be expressed to the family by clicking the "Guestbook" tab above.
Walters Funeral Home, 2424 N. University Ave., Lafayette, LA 70507; 337.706.8941 is in charge of arrangements.

To order memorial trees or send flowers to the family in memory of Marshall Lafleur, please visit our flower store.