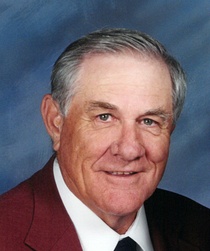 A Mass of Christian Burial will be held Monday, January 13, 2014 at 11:00 am at St. Theresa of the Child Jesus Church for Albert M. LeBlanc, 75, who passed away January 9, 2014 at Lafayette General Medical Center. Father Allen Breaux, associate pastor of St. Theresa of the Child Jesus will be the Celebrant of the funeral Mass and will conduct the funeral services. Lectors will be Rachael and Sarah Grace LeBlanc; alter server, Daniel LeBlanc; and gift bearers will be his grandchildren. Interment will follow the mass in Greenlawn Memorial Gardens.
Survivors include his wife Jeannette Simon LeBlanc of Duson; one daughter, Babette Guidry and her husband Bob of Lafayette; four sons, Keith and his wife Debbie of Opelousas, John and his wife Melanie of Chatsworth, GA, Tony and his wife Jackie of Lafayette, and Wayne and his wife Rachael of Knoxville, TN; one daughter-in-law, Tina Patten; one sister, Barbara Mier and her husband Rod of Baker, La; two brothers, his twin Alfred and his wife Dot of Rayne, and Patrick and his wife Milda of Houston; nine grandchildren; five step-grandchildren; four great-grandchildren; and three step great-grandchildren.
He was preceded in death by his son, David LeBlanc; his parents, the former Alma Guidry and Augustin LeBlanc; three brothers, Kelly, Gus and Robert LeBlanc; two sisters, Louise Fors and Mary Cormier.
Albert was a native of Rayne, longtime resident of Lafayette, and currently resided in Duson. He graduated from St. Joseph Catholic School in Rayne, and served honorably in the United States Army. Albert worked for the City of Lafayette for many years. he was the owner/operator of A&H Electrical, and served as a firefighter and life insurance salesman for Prudential and the Knights of Columbus. He was a member of the Knights of Columbus Council #7568, Fourth Degree Assembly  #1882, and enjoyed volunteering his time cooking for their events.
Albert was lovingly known to his grandchildren as Grumpy. He enjoyed playing golf with friends in his free time, and will thoroughly be missed by those who loved him.
Pallbearers will be Keith, John, Tony, Wayne and Zack LeBlanc; and Bob, Babette, Jared and Jake Guidry. Honorary pallbearers include Alfred and Patrick LeBlanc, Barbara Mier, Carl and Harry Simon.
The family requests that visitation be held Sunday, January 12, 2014 from 2:00-8:00 pm, and resume at 8:00 am on Monday morning until time of services. A rosary will be led by the Knights of Columbus at 6:00 pm on Sunday evening.
The family offers sincere thanks to the staffs of Pelican Pointe Nursing Home and Lafayette General Medical Center for the care and dedication to Albert.

To order memorial trees or send flowers to the family in memory of Albert LeBlanc, please visit our flower store.