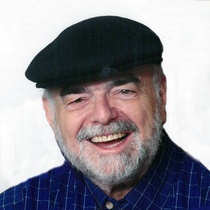 "Here lays his head upon the lap of earth/ A youth to fortune and fame unknown..."
Albert "Ben" Pressburg, native of Opelousas, LA and long-time resident of Baton Rouge, died July 8, 2014 at the Heart Hospital of Lafayette.
Ben, as he was known by his many friends and associates, was born in Alexandria, LA on August 22, 1944. He was reared in Opelousas and graduated from Opelousas High School in 1962.
After graduation, he joined the U.S. Army as a Communication Specialist and served three years in Germany before returning to the United States to attend Sullivan Preparatory Academy in Washington D.C. Upon completion of his studies, he returned to Louisiana and attended the University of Southwestern Louisiana (now University of Louisiana at Lafayette). He joined the Louisiana State Police in 1966 and served the majority of his career at old Troop K in Opelousas.
In 1979 he was asked to transfer to Baton Rouge to work on the staff of then-Superintendent Grover "Bo" Garrison. Ben completed his tour of duty with the state police in 1986, retiring with 20 years of service.
Upon his retirement he was hired as a platform instructor in Law and Police Patrol Procedure by Wackenhut Services, security subcontractor for the Eastern Region of the U.S. Strategic Petroleum Reserve (SPR). He served a number of years in that capacity before being selected to become the first computer-based training programmer for the SPR. After ten years of employment with Wackenhut, he was hired by Burns International to manage licensing for the Protection Officer Force, which guards our nation's oil reserve on the SPR. The prime contractor for the SPR, DynMcDermott, brought Ben on board a few months later in 1997, where he was responsible for developing the first customer service unit for their training department. He was nominated as Employee of the Year for his effort in that regard. He continued in that capacity for an additional five years.
After a federal reduction in force caused his job to be abolished in 2002, Ben joined the staff at the Bridge City Correctional Facility for Youth as an investigator with the Louisiana Department of Corrections until transferring to the Louisiana Highway Safety Commission (LHSC) in 2003, where he served as Public Affairs Officer and Special Projects Officer until his death.
Ben had a tremendous sense of humor and often said that he felt his real purpose on earth was to make others laugh and take away some of their pain. In keeping with this, he had three ministries throughout his adult life: a ministry to the sick, a ministry to the bereaved, and a ministry to the troubled. He volunteered his time and talents to those troubled in spirit for over 25 years, and had clients as far away as Scotland.
Remembering how important it was to do for others, he taught his children to follow the family's "Prime Directive," which was always to help those less fortunate than themselves. He is remembered for passing out blankets to the homeless in New Orleans during an unseasonably cold winter, among his other works of charity. A prolific writer, he was the author of several fiction and non-fiction short stories, as well as a book of unpublished poetry and short essays entitled "I Heard the Wind Call My Name."
Ben is survived by his beloved wife Marsha; three sons, SGM Charles Michael "Chuck" Pressburg (U.S. Army), Benjamin James Pressburg and his wife Morgan, and Ryan Scott Pressburg and his wife Chelsie; one stepson, Stephen Babineaux (U.S. Navy); six grandchildren, Rebecca Pressburg, Caelen Pressburg, Jack Pressburg, Natalee Babineaux, Kaleb Pressburg and Raigen Deville; one sister, Vita Pressburg Clement and her husband Carl; and many nieces and nephews.
He was preceded in death by his parents, Benjamin David and Marie Ruth Pressburg; maternal grandparents, Albert Resweber and Camille Resweber Whytock; and paternal grandparents, Israel and Vita Maples Pressburg.
Funeral services will be held Saturday, July 12, 2014 at 1:00 pm in the Sunrise Chapel at Walters Funeral Home. Reverend Michael L. Delcambre, pastor of St. Joseph Church in Celilia, LA will conduct the service.Visitation will be held prior to the service beginning at 9:00 am.
Memorial contributions can be made in Ben's name to fight world hunger at www.worldhungeryear.org.
"It is my belief that we were all put on this Earth to help those less fortunate than ourselves. During the course of my life, I have endeavored to pass this on to my children and to others. My life has been a success only to the degree in which I have succeeded in teaching this basic lesson." - Ben Pressburg, 1998.

To order memorial trees or send flowers to the family in memory of Albert Pressburg, please visit our flower store.