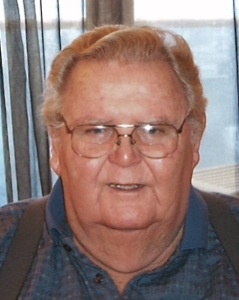 A Mass of Christian Burial will be held on Monday, August 20, 2012 at 10:00 am in the Sunrise Chapel at Walters Funeral Home for Albert Allen "Al" Robichaux, 75, who passed away on Friday afternoon at his residence in Scott. Father Tom Voorhies, pastor of Sts. Peter & Paul Catholic Church in Scott will celebrate the mass and conduct the funeral services. Karen Broussard, organist and vocalist, will sing, "Amazing Grace," "My Shepherd Is The Lord," "Pie Jesu," "The Lord's Prayer," "How Great Thou Art." Interment will follow in Sacred Heart Catholic Cemetery in Broussard, La.
Survivors include his wife of 33 years Elizabeth Martin Robichaux; two brothers, Howard P. Robichaux and his wife Ann of Broussard, and C. Michael Robichaux and his wife Juanita of Lavon, TX; two sisters, Peggy Mehaffie and her husband Terry of Slidell, and Mary Ann Ferrell and her husband Bobby of Ennis, TX; one aunt, Bonnie Peach of Columbia, S.C. and all of his cousins, nephews, and nieces.
He was preceded in death by his mother, Roma C. Killeen, his father Albert A. Robichaux and his step-father, Howard B. Robichaux.
Al was born September 25, 1936 in Lafayette and was a 1955 graduate of St. Cecilia High School in Broussard. He served his country with a tour in the United States Marine Corps. He worked most of his career as a service manager with Cochran Scales. He loved traveling, fishing, golf, and watching movies.
Pallbearers will be Howard Robichaux, Mike Robichaux, Paul Robichaux, Dave George, Jim Whistler, and Roland Trahan.
The family requests that visitation be held on Sunday, August 19, 2012 from 2:00-8:00 pm, and resume Monday morning at 8:00 am until the time of service. A rosary will be prayed on Sunday at 4:30 pm at Walters Funeral Home.

To order memorial trees or send flowers to the family in memory of Albert "Al" Robichaux, please visit our flower store.