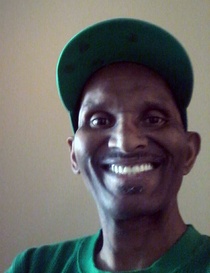 Funeral services will be held at 11:00 am on Saturday, July 16, 2016 at The Family Church for Alton J. Shelvin, 48, who passed away on July 9, 2016.  Bishop Stanley Senegal, Pastor of At The Cross Christian Center Ministry, will conduct the funeral services.  A eulogy will be given by Brandon Shelvin.  Musicians will be Steve Smith, Donald Reed, and Shameka Austin, and a worship dance will be performed by Tip Tap Toe School of Dance.  Interment will be held in Calvary Cemetery.

Alton, better known as "Junie," was a loving father, caring brother, fun-loving uncle, the favorite cousin, and also an amazing friend. He was a professional painter by trade. He knew how to put a smile on everyone's face. His smile and the jokes he pulled would brighten up anyone's day. He was outgoing, humble, and always enjoyed playing pranks on family and friends. He was the only boy growing up with four sisters, so he forged a lifelong brotherly bond with Oran Narcisse, Jr, Kevin Gilbert, and Peter Decuire.

He was preceded in death by his parents, Rose Mae Shelvin and Alton Joseph Guillory;  his grandparents, Hilda and Sydney Guillory,  Elizabeth Shelvin, and Henry Arceneaux;  and his great-grandmother, Andrea Dupuis.

A repast will be held at the Martin Luther King Recreation Center, 309 Cora Street, Lafayette, LA, 70501, immediately following the services.

Walters Funeral Home, 2424 North University Avenue, is in charge of funeral arrangements.
To order memorial trees or send flowers to the family in memory of Alton Shelvin, please visit our flower store.