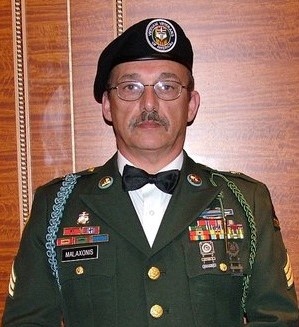 Andy is, survived by his two sons, Andrew N. Malaxonis, and Brandon Malaxonis of Lafayette.

Andy was born on Dec 10, 1947, in Queens, New York.  He joined the US ARMY at age of 17, and was shortly after enlistment deployed to Vietnam. Upon returning to the states he was stationed at Fort Polk for the duration of his enlistment. After enlistment he moved to nearby Lafayette, LA where he pursued a career in the oil and gas industry.  Andy found a rewarding career at Conn’s Appliances, where he was a successful sales associate.

Andy was an avid bowler from the time he was a kid, and won numerus awards pursuing his passion. He met and interacted with a multitude of people from around the world while bowling.

A celebration of life and remembrance will be reserved for immediate family. All prayers and kind thoughts for Andy’s eternal rest are welcomed.

To order memorial trees or send flowers to the family in memory of Andrew "Andy" Malaxonis, please visit our flower store.