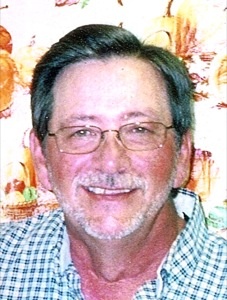 A Mass of Christian Burial will be held on Friday, February 10, 2012, 11:00 am in the Sunrise Chapel at Walters Funeral Home for Archie William Begnaud, 59, who passed away on February 7, 2012. The Reverend Bill Melancon will officiate the mass and conduct the funeral services. Lectors will be Benita Bellot and Tina Breaux; giftbearers will be Madison Begnaud and Broc Griggs. Phyllis Simar, organist, and Joyce Belton, soloist, will perform "Amazing Grace", "How Great Thou Art", "Jesus Keep Me Near The Cross", "On Eagles Wings", and "Old, Rugged Cross". Interment will follow in Greenlawn Memorial Gardens.
He is survived by his wife and best friend Priscilla Domingue Begnaud; two sons, Aaron W. Begnaud of Lafayette and Henry O. Griggs, III and his wife Amanda of Carencro; five grandchildren, Madison Begnaud, Amanda Bustamante, Brittney Griggs, Broc Griggs, and Brooke Griggs; one sister, Barbara "Bobbie" Breaux of Lafayette; his brother and best friend Donald Begnaud and his wife Susan of Lafayette; brother-in-law and wonderful friend Ronald Guidry and his wife Veronica; and numerous nieces and nephews.
He was proceeded in death by his parents, Mayo and Thelma Begnaud; his daughter-in-law Jan Knight Begnaud and his brother-in-law Ted Breaux.
Archie graduated from Northside High School in 1971. He was in the National Guard for six years. He was employed at the United States Post Office in Carencro for 27 years. He was also T-shirt security at the Cajundome since 1989, and was promoted to lead in 2002. He was a parishioner of St. Peter Roman Catholic Church in Carencro. He was a member of the Knights of Columbus Teurlings Council #3202.
He was a kind, honest, hard-working, wonderful and loving person. He will be dearly missed by all who knew him. He was an avid hunter and fisherman with his best pal and brother Donald Begnaud, niece Jennifer Kelly, and nephews James and Justin Kelly.
Pallbearers for the service will be Donald Begnaud, Gary Breaux, John Kelly, Ronald Guidry, Shaun Guidry, and Scott Sonnier. Honorary pallbearers will be Broc Griggs, Dan Guidry, Darrell McGuire, Andy Boustany, Kerby Domingue, and Robert Domingue, Sr.
Visitation will be held on Thursday, February 9, 2012 from 2:00-9:00 pm, and resume at 8:00 am on Friday morning until time of service. A rosary will be prayed on Thursday evening, 7:00 pm at Walters Funeral Home, led by the Knights of Columbus #3202.
The family would like to extend a very special thanks to Dr. Victoria Panelli and her wonderful staff at LGMC Cancer Center, and Hospice of Acadiana. Special blessings go out to his wonderful and adorable niece Jennifer Kelly who cared for him throughout his illness. He call her "his angel."
The family requests that memorial contributions be made to Hospice of Acadiana, 2600 Johnston St. #200, Lafayette, LA 70503.

To order memorial trees or send flowers to the family in memory of Archie Begnaud, please visit our flower store.