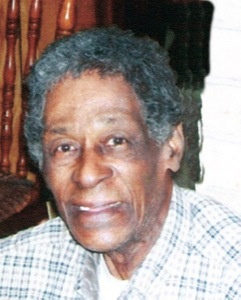 A Mass of Christian Burial will be held at 11:00 a.m. on Saturday, April 30, 2011 in the Sunrise Chapel at Walters Funeral Home for Arista Andrus, 80, who passed away peacefully at his home Easter Sunday, April 24, 2011. Father Peter Emusa, Pastor of Our Lady of the Assumption, will officiate. Interment will follow in Calvary Cemetery.

Better known as "Boosta" by everyone, he retired from Marine Electric after 20 years and opened his own concrete finishing business and the Quality Lounge. He was proud to have built his own home with the help of his brother Ferris, relatives and good friends. He enjoyed working around his property, growing vegetables and fruit trees, and keeping his workshop well organized with all his tools labeled and in place.

He was preceded in death by his son, Junius Andrus; his parents, Fernent and Lorena Living-Andrus; two brothers, Dennis and Algie Andrus; and two sisters, Doris Andrus-Carter and Edella Andrus-Walker.

The family requests that visitation hours be observed on Saturday, April 30 from 8:00 a.m. until time of service. A rosary will be led by Deacon Jim Davis at 9:30 a.m. on Saturday.

To order memorial trees or send flowers to the family in memory of Arista Andrus, please visit our flower store.