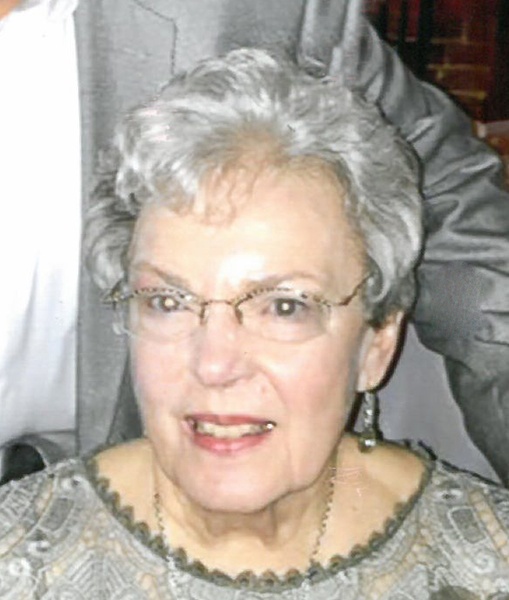 Funeral Services will be held at 1:00 pm on Tuesday, November 10, 2020 in the Sunrise Chapel at Walters Funeral Home for Barbara H. Roy, 80, who passed away November 6, 2020. Deacon Nelson Schexnayder will conduct the funeral services. Interment will follow in Greenlawn Memorial Gardens Mausoleum.
Visitation will be held on Tuesday between 9:00 am - 1:00 pm at Walters Funeral Home.
Survivors include her two sons, Kevin Daniel Roy and his fiancée Sherri Pitre, and John Robert Roy and his wife Patti; two brothers, Ken and Chris Harrington; her sister-in-law, Sr. Doris Roy, S.E.C.; nine grandchildren, and fifteen great-grandchildren.
She was preceded in death by her husband, Daniel "Sonny" Roy, Jr.;  parents, Lena Mae and Robert E. Harrington; daughter, Sherri Roy Barton; in-laws, Emma Conque Roy and Dan Roy, Sr; and sister-in-law, Margaret "Peggy" Roy.
Barbara was a native of Rayne, reared in Indian Bayou and Breaux Bridge, and a resident of Lafayette for most of her life. She loved our state and the culture of South Louisiana, and worked throughout her life to promote our unique joie de vivre. Her career started at the Holidome in North Lafayette, where she worked her Director of Convention Sales. She later transferred to the Lafayette Hilton to lead their convention sales department. She served as past-president of the Louisiana Travel Promotion Association, and was appointed by then Lt. Gov. Kathleen Blanco as Director of Tourism. When Blanco rose to the Governor's Office, she tapped Barbara to serve as Director of Women's Services to promote the educational, health, social and economic well-being of women and girls in Louisiana.
Barbara was a member of the First United Methodist Church for many years.
Pallbearers will be Spencer Roy, Daniel Roy, Trevor Roy, Mitchell Thibodeaux, Myles Pryor, Casey Trahan, and Jeff Barton. Honorary pallbearers include Ken Harrington, Chris Harrington, Ricky Hayes, and Jared Barton.
Memorial contributions can be made to the Dan "Sonny" Roy Endowed Scholarship through the University of Louisiana at Lafayette Foundation.
Words of condolence may be expressed online at www.waltersfh.com.
Walters Funeral Home, 2424 N. University Ave., Lafayette, LA 70507; 337.706.8941 is in charge of arrangements.

To order memorial trees or send flowers to the family in memory of Barbara Roy, please visit our flower store.