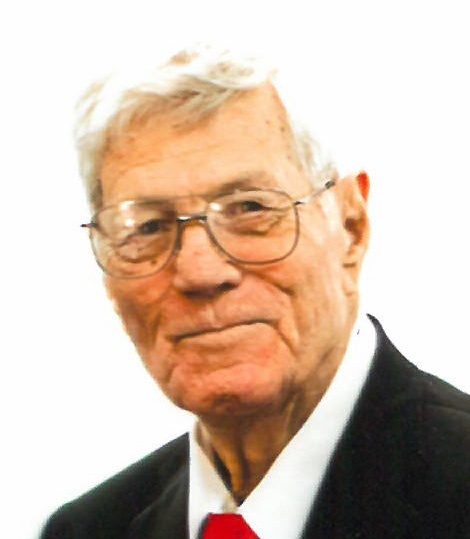 Billy Joe Barrett Sr. died peacefully on Sunday, October 13, 2019 in Lafayette, Louisiana. He was 93 years old. A Mass of Christian Burial will be held on Wednesday, October 16, 2019 at 10:00 am in the Cathedral of St. John the Evangelist. Father Gary Schexnayder will be the celebrant of the funeral mass and conduct the funeral services. Brittany Stover Cadona, Bonnie Barrett Comeaux, and Heather Barrett will be the lectors; gift bearers will be his great-grandchildren. Sydney Sonnier will be the soloist for the mass.
Visitation will begin on Tuesday, October 15, 2019 at 4:00 pm at Walters Funeral Home. A rosary will be prayed at 6:30 pm Tuesday evening.
Billy is survived by his only daughter, Connie Barrett Stover and husband Stewart “Smokey” Stover of Abbeville; grandchildren Stewart “Stu” Stover and wife Taylor, great grandson Stewart IV, Brittany Stover Cadona and husband Daniel Cadona, Hunter Stover, Bryan Barrett and wife Heather, great grandson Ryder, great granddaughter Demi, Brady Barrett and wife Shayla, three great granddaughters Skylar, Alex and Kinely and great grandson Jax , Blake Barrett, and Bonnie Barrett Comeaux and husband Adam and great grandson Wyatt.
He was preceded in death by his wife of 65 years, Nita Jeffory Barrett; his parents William Wofford Barrett and the former Mary Fowler; son Billy Barrett, II; two sisters, Liz and Helen; and one brother, John.
Billy was born in Paw Creek, North Carolina on April 21,1926, and graduated from Paw Creek High School in 1943. After graduation he joined the United States Navy and served for two years. It was during his time in the service he began playing baseball and fell in love with the game. He played professionally in the North Carolina League and the Louisiana Evangeline League, and was named the Evangeline league MVP in 1951.
In 1956 he started his oil field career with Camco, and continuing on to Guiberson Tools. Twelve years later he opened his first business, Ideal Machine & Supply. He also owned and operated Idea Gas Lift for many years until his retirement in 1992.
After retirement, he enjoyed playing golf, traveling, visiting the casino and most of all making his multiple cases of homemade fig jelly. Billy often would keep his jelly in his trunk of his Cadillac for distribution to family and friends.
Pallbearers for the service will be Stu Stover, Hunter Stover, Byran Barrett, Brady Barrett, Blake Barrett and Adam Comeaux. Honorary Pallbearers will be Paul Romero, Steve Fotaties, Terri Fox and Don Leblanc.
The family expresses its sincere gratitude to Lamb Home Health, Hospice of Acadiana, and all of Billy's caregivers for the love and kindness shown over the past few weeks.
Online condolences can be made to the family at www.waltersfh.com.
Walters Funeral Home, 2424 N. University Ave., Lafayette, LA 70507; 337-706-8941 is in charge of arrangements.

To order memorial trees or send flowers to the family in memory of Billy Barrett, Sr., please visit our flower store.