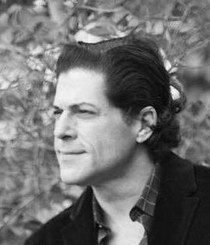 Bob William Pastor, 56, went to find his little dog at the Pearly Gates on Sunday, December 6, 2015, surrounded by family, friends, and feathers.
A Mass of Christian Burial will be celebrated Tuesday, December 8, 2015 at 2:00 pm in the Sunrise Chapel at Walters Funeral Home by Reverend Steve LeBlanc, pastor of St. Pius X Catholic Church. Isabella Guilbeau and Dr. Mary Clair Pastor Haver will be the lectors; Katherine Haver, Madeline Haver and Julianna Pastor will be the gift bearers. Vocal arrangements and musical selections will be entrusted to Karen Melancon, Jim Pastor, and the Saint Pius Choir. Interment will follow the mass in Calvary Cemetery.
He leaves behind his partner and soul mate of 35 years, Mr. Randel “Randy” J. Lanza of Lake Charles; his father and mother, Pat and Maugie Pastor of Lafayette; Flo Lanza; his siblings, Jim B. Pastor and his wife Dione Pastor, Jude T. Pastor and his wife Jamie Pastor, Dr. Mary C. Pastor Haver and her husband Chris Haver, Leah L. Pastor, Jeremiah C. Pastor, and John B. Pastor and his wife Theresa. “Aunt Bob” also leaves to cherish his memories of glitz, glitter, and early morning make-overs by his two nephews and five nieces.
He was proceeded in death by his maternal grandparents Maude and Willie G. Landry, his paternal grandparents Winnie and Milton A. Pastor, and his beloved big brother Patrick J. “Jep” Pastor.
Bob was one of eight children born to Mr. and Mrs. Patrick J. Pastor. He attended Lafayette High School during the seventies, where bell bottoms and big hair were a fashion icon and hence pioneered his career. He was a visionary of his time and was the first male cheerleader for the Mighty Lions. Roar!!!
From early on in his life, people knew that Bob was a trailblazer whose imagination and talents were limitless. He was an innovator and instigator and helped pave the way for a new culture in Lafayette. His decorative design lit the homes and touched the souls of thousands in the State of Louisiana. From his classic holiday decorations, to his ornate Mardi Gras costumes, Bob was known for showing beauty, elegance, class, and a pure joie de vivre.
While Bob was busy perfecting the art of the hot glue gun, he met the love of his life Randy. He and Randy would spend the next several decades enjoying the love they had for one another. From food to feathers, lighting to décor, Bob and Randy’s homes were always a place to find a delicious meal, a refreshing beverage, laughs, a shoulder to cry on and a haven for all of those in need. Together they have touched countless lives in the Lake Charles and Lafayette communities.
In Bob’s 56 years, he had become an icon for everything glamorous: glitter to rhinestones, fashion shows to catering. Bob had a knack for taking simple and meaningless and transforming it into stunning and gorgeous, whether it be his flawless jet black hair or his back yard oasis. He will be remembered for making anything and everything beautiful.
His final entourage entrusted to carry him to his final dance include Garland Romero, Brad Hoang, Brad Duhon, Ricky Chapman, Steve Domingue, Bobby Bergeron, Mike Perioux and Kenward “Boo” Bernis. Back up dancers for this last soirée include, Mike Munnerlyn, Clyde Tauzin, Sherman Mire, Kim Veillon, Patrick Sanders, HL Cabral, Stephen Barker, Darren Scott, Kenny Hebert, Dickie Bell, CJ Clements, his brothers of the Mystic Krewe of Apollo De Lafayette, and the Pastor and Lanza brothers.
Randy and the Pastor family would like to express their sincere gratitude for all the prayers, food, and condolences over the past few days. A very special thanks to his “step sisters” Kitty Bell, Jeanie Domingue and Pam Lamb for their unwavering love, support, and friendship.
Visitation will be Monday from 2:00- 8:00 pm, and resume at 10:00 am Tuesday morning until  time of service. A scripture service will be at 7:00 pm on Monday evening.
Memorial contributions can be made in Bob’s name to St. Jude Children’s Research Hospital at 262 Danny Thomas Place Memphis, TN 38105.

To order memorial trees or send flowers to the family in memory of Bob Pastor, please visit our flower store.