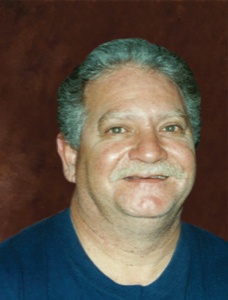 Bobby Lee Joseph Bourque, 59, passed away on December 25, 2010.
Bobby is survived by his daughter Jamie Bourque Couvillion of Belle Chasse; son Tatum Bourque of Belmont, North Carolina; mother Beatrice Bourque of Duson; step-daughter Crystal Guidry of Lafayette; two step-sons, Phillip and Stefan Arceneaux of Lafayette; three sisters, Shirley Derouselle, Kathleen Vodicka, and Katherine Rizutto; two brothers, Ronald and Danny Bourque; and ten grandchildren, Isabelle, Owen, and Emery Couvillion; Zoe and Abigail Bourque; Bruce, Camille, Noah, and Lindsey Arceneaux; and Bryce Guidry.
He was preceded in death by his wife Kathy Bourque and his father Abby Bourque.
Bobby was born on January 10, 1951 in Lafayette Parish and was a resident of Scott for the past 18 years. He graduated from Northside High School in 1969 and was a longtime employee of Lafayette Marble Company.

To order memorial trees or send flowers to the family in memory of Bobby Bourque, please visit our flower store.