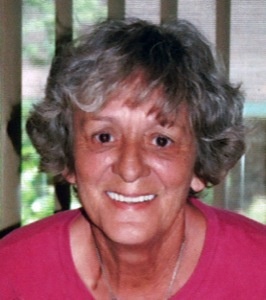 A Mass of Christian Burial will be held at 11:00 a.m. on Friday, January 25, 2013 in the Sunrise Chapel at Walters Funeral Home for Brenda _Susie_ Thibodeaux, 68, who passed away at her residence on Tuesday, January 22, 2013. The Reverend Brian J. Taylor, Pastor of St. Genevieve Catholic Church, will officiate the funeral ceremony. Readers will be Susan Melancon and Becky Green, and gift bearers will be Lena, Brandon, and Lucas Constantin. Karen Broussard, organist and soloist, will perform _Amazing Grace,_ _How Great Thou Art,_ _Jirai La Vois Unjour,_ and _The Lord_s Prayer._ Interment will take place at St. Edmund_s Cemetery in Branch, Louisiana.

She was preceded in death by her parents, Hazel Bergeron and Leonard Allemand; one sister, Ramona White; and one brother, Leonard _Lanny_ Allemand.

In her free time, Susie enjoyed trips to the casino, word search puzzles, her rocking chair, watching New Orleans Saints football, and spending time with her grandchildren and great-grandchildren.

The family would like to send special thanks to Dwayne Dugas for making her last year so enjoyable, and for providing her with a peaceful home.

To order memorial trees or send flowers to the family in memory of Brenda "Susie" Thibodeaux, please visit our flower store.