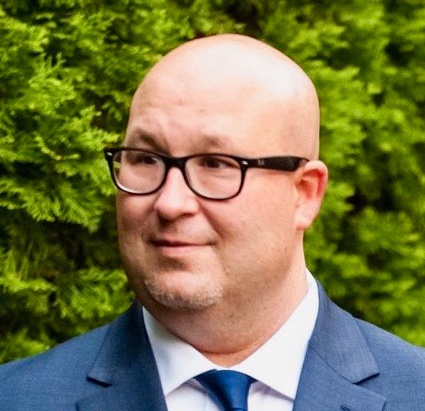 NEW YORK - A Memorial Mass will be held at noon on Saturday, April 21, 2018 at Holy Cross Catholic Church for Lafayette native Brian Daniel Fruge, who passed away earlier this month. He was 44 years old.

Brian is survived by his parents, and his wife Chunmei Liu.

Brian was born in on February 15, 1974 to David Wayne Fruge and Deborah Kneidinger Fruge. He graduated from Lafayette High School as a first chair saxophone player in the marching band. He briefly attended the University of Louisiana at Lafayette, and began working full time in the culinary field early on at Spazio Trattoria, Lafayette Hilton Hotel, Prejean’s Cajun Restaurant, and as Chef de Cuisine at Tsunami Restaurant.

Brian moved to New York City to further his culinary career, working at fine establishments such as Jean Georges’ Nougantine Room and Spice Market restaurants, and The Modern, the restaurant inside the Museum of Modern Art.

In 2005 Brian traveled to Lyon, France to serve as a private chef in a summer home for 30 days, before he began working with Thomas Preti Caterers, one of New York’s premier event companies, as Chef de Cuisine. He remained with the company until his death. During his 12 years with that company he helped to grow a strong team of 30 kitchen members and helped shape the culinary vision of the company.

Brian loved being with his family, friends and pets. He also liked playing music, as he was adept at several instruments. He was known and loved by many who were drawn to him by his kind nature. In lieu of flowers the family suggests donations be made to the National Alliance on Mental Illness.

To order memorial trees or send flowers to the family in memory of Brian Fruge, please visit our flower store.