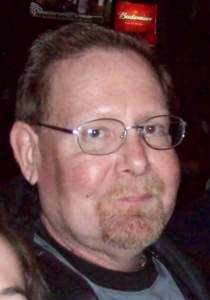 Brian Arthur Tucker, 59, passed away at his residence in Lafayette, LA on Friday, September 16, 2016.
He is survived by one daughter, Briana Vignone and her husband Justin of St. Louis, Missouri;  one step-son, Robert Childers and his wife Allison of Peoria, IL;  one sister, Judy of St. Petersburg, FL;   and two brothers, David Tucker of Toronto, Canada, and Bruce Tucker of Naperville, IL.
He is preceded in death by his parents, Fern and Wilson Tucker.
A native of Bloomington, IL, Mr. Tucker has lived in Lafayette , LA for the last ten years, and was a member of the United States Navy.
A private family service will be held at a later date.
Walters Funeral Home of Lafayette, LA, (337) 706-8941, is in charge of funeral arrangements.

To order memorial trees or send flowers to the family in memory of Brian Tucker, please visit our flower store.