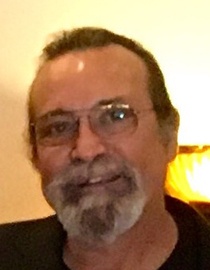 He was born on March 26, 1961 in New Orleans and died in his home, in the early morning hours of April 27, 2017, in Coweta, Oklahoma.  He left this world peacefully and painlessly, circled by dear friends, holding his hands, as he took his last breath.  He was 56 years young.  He was the son of Marie Janet Hanks and Caliste Beard, Jr.  He resided in and around Lafayette, Louisiana for his young life and through college and lived in Oklahoma, all of his professional life.

Bubba was a South Louisiana native and 27 year Oklahoma adoptee.  He graduated from the University of Southwestern Louisiana’s Electrical Computer Engineering program, in the spring of 1989, and was an active member and lifelong brother of the Alpha Omicron Chapter of Theta Xi.  Upon graduation, Bubba began his career with American Airlines.  After a brief training in Dallas, he was relocated to the Tulsa area where he spent the rest of his life as an integral member of the team that supports the American Airlines and Sabre Reservations Systems, since June 5, 1989.  The company changed and merged several times, from American Airlines Sabre, to EDS, to HP Enterprise Services and as of April 2017, to DXC, but Bubba remained a constant.  He loved his work; he lived for it.  He also loved his motorcycles and riding buddies.   He loved to cook Cajun food for all his friends and they loved his cooking.  He loved everyone and everyone loved him.  He was one of the “good guys” and will be dearly missed by all of us.

He was also survived by his best friend and forever running buddy, James “Jimmy” B. Fontenot; his close friends, Casaundra Parham, Charles “Jersey” Fellanto, Tommy “TommyGirl” Whitehurst, Tony Freebird; and his co-workers whom he adored, inlcuding Anne Meyer-Anderson and Mary Lewis.
The family would like to extend its appreciation to the staffs of Rose Rock Healthcare and A Better Life Home Care and to all of his dear friends that visited with him and helped care for him until the end.


To order memorial trees or send flowers to the family in memory of Caliste "Bubba" Beard, III, please visit our flower store.