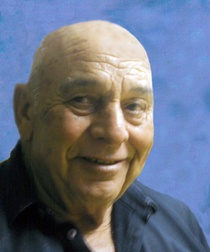 A Mass of Christian Burial will be held Tuesday, December 9, 2014 at 1:00 pm in the Sunrise Chapel at Walters Funeral Home for Carol Forestier, 74, who passed away December 4, 2014 at his residence. Father Michael Arnaud, pastor of Assumption of the Blessed Virgin Mary Church, will be the Celebrant of the funeral mass and conduct the funeral services. Phyllis Simar, organist, and Ron Moreau, vocalist, will lead the congregation in "Amazing Grace", "Be Not Afraid", "Old Rugged Cross", and "How Great Thou Art". Interment will be in Assumption Cemetery.
Survivors include wife, Norma K. Forestier of Scott; two daughters, Connie F. (Jonathan) Gautreaux of Scott and Jennifer F. Richard of Scott; one brother, Alfred Forestier, Jr. of Scott; four grandchildren, Jade G. Miller, Josh Gautreaux, Macy Richard, and Eric Richard; one great-granddaughter, Victoria Miller, and one step great-grandson, Brock Miller.
He was preceded in death by his parents, the former Nola Sonnier and Alfred Forestier, Sr.; two sisters, Ethlie "Sis" Forestier and Etta "Pearl" Savoy; three nephews, Donald Savoy, Samuel Kilchrist, and Scott Lavergne; and two brothers-in-law, Ferdinand "Bee" Savoy and Harold Lavergne.
Carol was a native of Duson and resident of the Mire Community for 74 years. He was a member of the Assumption of the Blessed Virgin Mary Church in Mire, and a retired dairy farmer.
Pallbearers will be Josh Gautreaux, Eric Richard, Danny Forestier, Don Venable, P.J. Miller, and Aubrey Kilchrist. Honorary pallbearers include Jonathan Gautreaux, Mike Guidry, and Timothy Forestier.
Visitation will be held Monday afternoon from 3:00-9:00 pm, and resume Tuesday morning at 9:00 am until services. Rosaries will be led by Deacon Brady LeBlanc on Monday evening at 6:30 pm and by the rosary group from Assumption of the Blessed Virgin Mary Church on Tuesday morning at 10:00 am.
The family requests that memorial contributions be made to Heart of Hospice, 201 W. Vermilion, Ste. 200, Lafayette, LA 70501.

To order memorial trees or send flowers to the family in memory of Carol Forestier, please visit our flower store.