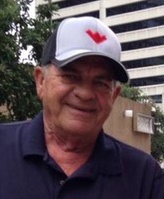 Funeral services will be held Monday, August 3, 2020 at 1:00 p.m. in the Sunrise Chapel at Walters Funeral Home for Carrol Clavelle, 75, who passed away July 30, 2020. His sister, Susan Melancon, will lead the service. Interment will follow in Greenlawn Memorial Gardens.

He was preceded in death by his parents, Addley and S.P. Clavelle.

Carrol was originally from Port Neches, TX, but lived in Carencro for all his life. He was a detective with the Lafayette Parish Sheriff's Office for 20 years prior to his retirement.

To order memorial trees or send flowers to the family in memory of Carrol Clavelle, please visit our flower store.