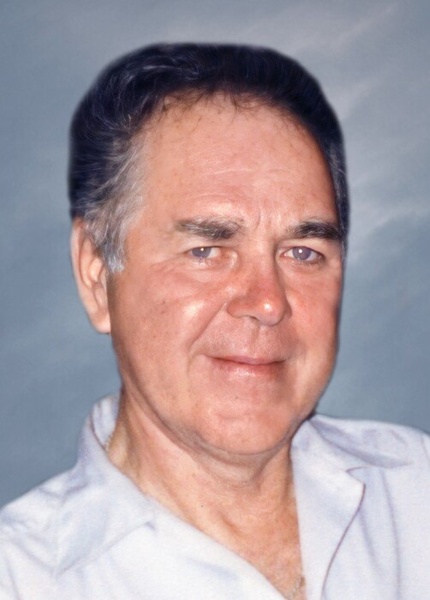 A Mass of Christian Burial will be held Monday, March 21, 2022 at 10:30 am at St. Elizabeth Seton Catholic Church for Carroll Joseph Blanchet, 87, who passed away March 18, 2022 at Hospice of Acadiana's Calcutta House. Father David Hebert, Pastor of St. Elizabeth Seton Catholic Church, will celebrate the mass and conduct the funeral services. Lectors will be Helene Blanchet and Kylie Malcombe; gift bearers, Michelle LaCombe and Henrietta Deshotels. Karen Broussard, musician and vocalist, will perform, "Here I Am, Lord", "Ave Maria", "Be Not Afraid", "On Eagle's Wings", "The Lord Is My Light And My Salvation", and "When The Saints Go Marching In". Kitty Trahan will deliver the eulogy, and interment will follow mass in Lafayette Memorial Park.
Survivors include numerous nieces and nephews, and many adopted grandchildren.
He was preceded in death by his wife, Annette Walters Blanchet; parents, Leona and Sidney J. Blanchet; two brothers, Charles Earl Blanchet Sr. and Clarence Dale Blanchet; and one sister, Inez Duhon.
Carroll was a native of Delcambre and resident of Lafayette for most of his life. He joined the United States Air Force in 1955 and completed his service with an honorable discharge in 1960. Soon thereafter he began his career as a United States Postman.
Carroll was a parishioner of St. Elizabeth Seton Church, and a member of the American Legion, and the Knights of Columbus.
Pallbearers will be Kyle LaCombe, Charles Earl Blanchet Jr., Riley Blanchet, Chris Blanchet, Bryan LaCombe, Matthew Rosenbalm, and Ethan Rosenbalm.
The family requests that visitation be held Monday morning at Walters Funeral Home between the hours of 8:00 - 10:00 am.
Memorial contributions can be made to Hospice of Acadiana's Calcutta House at 2600 Johnston St., Lafayette, LA 70503.
Words of condolence may be expressed online at www.waltersfh.com.
Walters Funeral Home, 2424 N. University Ave., Lafayette, LA 70507; 337.706.8941 is in charge of arrangements.

To order memorial trees or send flowers to the family in memory of Carroll Blanchet, please visit our flower store.