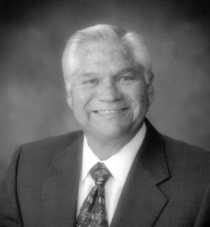 Charlie died at 5:35 a.m. on Monday, April 13, 2015.
Funeral services will be held Thursday, April 16, 2015 at 2:00 pm in the Sunrise Chapel at Walters Funeral Home. Father Michael J. Russo, pastor of Our Lady of Fatima Catholic Church, will conduct the funeral service. Lectors will be Sara Milam, Summer Milam and Tara Casoli. Eulogies will be given by Richard Broussard and Glenn Armentor. Interment will follow the service at Fountain Memorial Gardens. Visiting hours will be on Wednesday, April 15, 2015 from 4:00 - 8:00 pm, and resume Thursday at noon until time of service.
"To all my relatives, I will miss you dearly. God has been extremely good to me during my lifetime for which I thank Him very much. You all know my life story, so I won't bore you with two or three pages of things that is of no interest to most people. It has been a wonderful life and I leave behind a beautiful family: my wife Vicki; two daughters, Tammy Sue and Linda; three sons, Brent and his wife Gayle, Mark and his wife Tammy, and Luke; five grandchildren, Tara Casoli and her husband Aaron, Sara, Summer, Jason and Charles Joseph 'Little Charlie'; and two great-grandchildren, Jason 'Jace' and Brennan."
Charlie is also survived by the mother of his four children, Marlene Milam.
Pallbearers will be Richard Broussard, Glenn Armentor, Aubrey Vidrine, Tom Mautner, Darrell Guillory, Jack Ainsworth and George Latiolais. Honorary pallbearers will be Larry Sikes and Pete Nicolosi.
Memorial contributions can be made to Our Lady of Fatima Catholic Church, 2319 Johnston Street, Lafayette, LA 70503.

To order memorial trees or send flowers to the family in memory of Charles Milam, please visit our flower store.