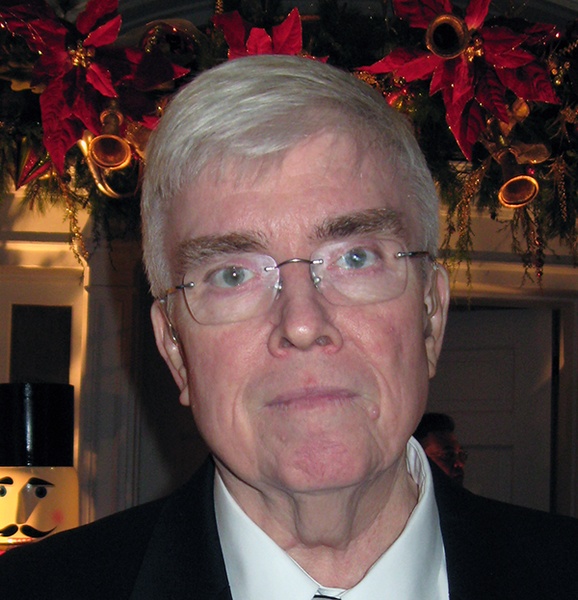 Funeral services will be held at 2 p.m. Saturday, Sept. 15, 2018, in the Sunrise Chapel at Walters Funeral Home for Charles Lenox, 80, a retired journalism instructor at the University of Louisiana at Lafayette and longtime editor at The Daily Advertiser.

The family will welcome Lenox’s friends and former colleagues for visitation from 1 p.m. until the time of services Saturday. Interment will take place following the funeral service in Greenlawn Memorial Gardens.

The Rev. Andrew Schumacher, parochial vicar of the Cathedral of St. John the Evangelist, will celebrate a Catholic Word Service. Stephanie Hoffpauir, organist and vocalist, will perform, “Ave Maria”, “America the Beautiful”, “I Heard God Today”, and “Let There Be Peace On Earth.” James Savage, Charlie’s friend and former Advertiser colleague, will deliver a eulogy.

Lenox spent a lifetime helping to shape hundreds of journalists, first at the newspaper for 42 years and then at the University.

He became a full-time lecturer in the Department of Communications in 2004. He had been part-time adviser to The Vermilion, UL Lafayette’s student newspaper, and L'Acadien, its yearbook, since 1978. In addition to teaching courses in newswriting and editing, Lenox served as director of student publications, and continued to advise the newspaper and yearbook. He remained in that role until last year, and retired from teaching in May 2018.

Lenox began working at The Advertiser in 1962 as sports editor. In 1968, he became city editor; he was named managing editor in 1972. Under his direction, the news staff received numerous Louisiana Press Association awards, including General Excellence and Sweepstakes awards. The news team also earned the prestigious 1992 Thomson Award for Deadline Writing for its coverage of Hurricane Andrew.

Lenox was a columnist throughout his career.

As a representative of the newspaper, and through his service on boards of directors and as a member of many local organizations, Lenox was an influential leader who colleagues and community members dubbed “The Pen of Acadiana.”

He held a bachelor’s degree in journalism from Louisiana State University. While attending LSU, he worked on The Reveille, the student newspaper, and in the sports department of the Morning Advocate newspaper on weekends. After graduation in 1961, he was hired as a sports writer for the Lake Charles American Press.

Lenox was a native of Sand Springs, Oklahoma.

Lenox is survived by his wife of 28 years, Chilah Nichols Lenox, and their son, Trevor Lenox; his brother and sister-in-law, Hugh and Charlotte Lenox of Waco, Texas; four sons, Jeffrey Charles Lenox and his wife, Staci, of Lafayette, Christopher Wayne Lenox of Biloxi, Mississippi, Gregory Paul Lenox and his wife, Celia, of Shalimar, Florida, and Keith Edward Lenox of Lafayette.

He was preceded in death by his parents, Charles and Helen Lenox.

The Lenox family wishes to thank the fifth floor ICU staff at Lafayette General Medical Center and Hospice of Acadiana for the care they gave Charlie in his final days.

To order memorial trees or send flowers to the family in memory of Charles "Charlie" Lenox, please visit our flower store.