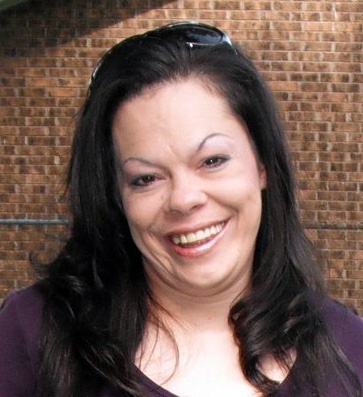 Catholic funeral services will be held at 3:00 pm on Thursday, June 14, 2018 in the Sunrise Chapel at Walters Funeral Home for Charrise Chiasson, who passed away June 10, 2018. She was 44 years old.
Survivors include her mother Peggy Savoie Chiasson; two daughters, Victoria Fontenot and Kennedie Fontenot; one son David “D.J.” Fontenot II;  two sisters, Andrea Chiasson-Landry and Alyssa Chiasson;  three grandchildren, Jaxon Robin, Beckham Robin and Grace Thurston; maternal grandfather Walton “Brud” Savoie; godparents,Teresa Faul and Dennis Savoie, along with numerous aunts and uncles.
She was preceded in death by her father, Kenneth Chiasson; one sister, Christie Chiasson; maternal grandmother, Gloria Savoie, paternal grandparents, MaeDelle & Laodice Chiasson, and one aunt, Marlene Chiasson.
A native of Lafayette and a resident of Scott, Charrise had a caring heart and loved her family and friends dearly.
The family requests that visitation be held from 9:00 am until services on Thursday. Memorial contributions can be made in Charrise's name to Walters Funeral Home to offset funeral expenses.

To order memorial trees or send flowers to the family in memory of Charrise Chiasson, please visit our flower store.