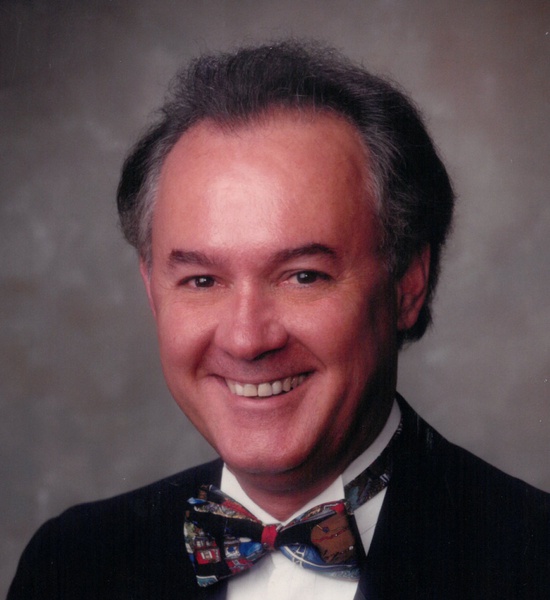 A eulogy will be given by Gregg Gothreaux at 2 p.m. Monday, January 29, 2018 in the Live Oak Room at Walters Funeral Home for C.J. Stelly who died from complications due to a massive stroke, Wednesday, January 24 2018.  Burial will take place in Lafayette Memorial Park Cemetery.
Survivors include his forever friend of more than 30 years, Linda McAulay; one daughter, Amy Elizabeth Stelly of Lafayette; two sons, Robert Brent Stelly of Lafayette and Damon Barrett Stelly and his wife, Kim, of Porter, Texas; two grandchildren, Roman and Jenna, both of Lafayette.

He was preceded in death by his parents, Beverly Prudhomme Dixon and Collins Stelly.

C.J. was a lifelong resident of Lafayette and was proud that he was the first in his family to graduate from college.  He attended LSU where he received a Masters Degree in Marketing. He joined the Army Reserve where he enjoyed learning the ropes as a Mess Sargeant. Later in his life, he retired from Smith Barney after 25 years employed as a Financial Advisor. He lived life to the fullest as he was active in numerous civic and social organizations. C.J. was a past Chairman of the Lafayette Planning and Zoning Commission; past Chairman of the Lafayette Economic Development Authority (LEDA); and Chairman of the St. Thomas More Catholic High School Foundation.  As a conisseur of good wine and sumptuous food, C.J. was very active in the Chaine des Rotisseurs where he served as Bailli de Lafayette of the Lafayette Chapter and nationally as the Chancelier Delegue Academie Brillat Savarin. The Chaine is known internationally as a global community whose focus is brotherhood, friendship and sharing a passion for the culinary arts. Professionals and amateurs enjoy membership.  His love of cooking and sharing camaraderie was evident as he frequented the Farmers Market two-to-three times weekly.

His social highlights would continue into the Carnival season as a member of the Krewe of Troubadours where he would parade in the tableau as a Special Character portraying Sir Lancelot, march as a Royal Duke and ultimately in 1999 rule as King Richard Coeur de Lion.

C.J. had a fondness for travel and he also loved to hunt and to fish.  As an animal lover, he and Linda tended to their five spoiled cats.

Sports were also in the forefront in the Stelly home as C.J.'s love of UL Lafayette's Softball team and LSU's football and baseball teams were evident.  He liked to joke that he was a New Orleans Saints fan until they played the Vikings.

Pallbearers will be Al Ingram, Brent Stelly, Damon Stelly and Gregg Gothreaux.  Honorary pallbearers will be former Lafayette Parish Sheriff Don Breaux, Nick Pugh, III, Judge Durwood Conque and all of the past Kings Richard Coeur de Lion of the Krewe of Troubadours.

Visiting hours will be observed from 8 a.m. Monday, January 29, 2018 until time of services.
Memorial contributions can be made to Hospice of Acadiana, 2600 Johnston Street, 70503; or the Lafayette Animal Shelter and Care Center, 613 W. Pont des Mouton Road, 70507. Acknowledgements also go to the ICU staff at Our Lady of Lourdes Hospital and to the staff of Senior Helpers.
Words of condolence may be expressed online at www.waltersfh.com
Walters Funeral Home, 2424 North University Ave., Lafayette, LA 70507; 337-706-8941 is in charge of arrangements.

To order memorial trees or send flowers to the family in memory of C.J. Stelly, please visit our flower store.