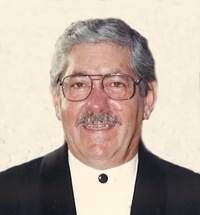 A Mass of Christian Burial will be held at 10:00 a.m. on Thursday, June 6, 2013 in the Sunrise Chapel at Walters Funeral Home for Curley Joseph Hebert, 74, who passed away on Monday, June 3, 2013 at Lafayette General Hospital.   The Reverend Gary Schexnayder, Pastor of St. Elizabeth Seton Catholic Church, will officiate the ceremony and conduct graveside services.  Interment will take place at Greenlawn Memorial Gardens.

Survivors include his wife, Thelma D. Hebert of Scott;  one daughter, Karen Hebert Sonnier of Lafayette;  two sons, Gerald Hebert and his wife Kim of Scott, and Dean Hebert and his wife Tammy of Scott;  two sisters, Gloria Granger and her husband Ronald of Scott, and Mary “Dot” Campbell of Lafayette;  four grandchildren, Christina Sonnier and her fiancé Eric Smith, Mekail McDonald and her husband Lane, Seth Sonnier, and Drake Hebert; and one expected great-grandson, Levi McDonald.

He was preceded in death by his parents, Lucet and Otto Hebert;  two brothers, Carroll J. Hebert and LeRoy “Bee” Hebert;  one sister, Jane Boudreaux, and one brother-in-law, R.J. Boudreaux.

Born in Vermilion Parish, Curley has been a resident of Scott since 1961, and was a member of the Army National Guard.  He was employed as the Service Manager at Montgomery Ward for 17 years, and was the Owner/Operator of Hebert’s Auto Repair for 21 years.

To order memorial trees or send flowers to the family in memory of Curley Hebert, please visit our flower store.