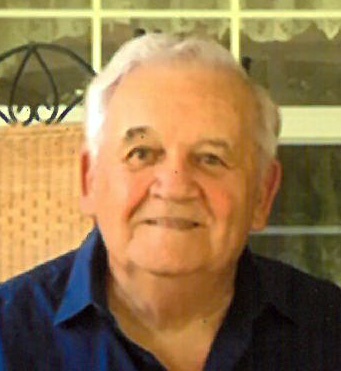 The Mass of Christian Burial will be live streamed, starting at 10:25 am on Wednesday, Jan. 13. Click here:

A Mass of Christian Burial will be held Wednesday, January 13, 2021 at 10:30 am in the Sunrise Chapel at Walters Funeral Home for Curley "Bill" Hanks, 87, who passed away January 9, 2021. Amanda Blanco and Melodie Gallet will be the lectors; gift bearers will be his four great-grandchildren: Savannah Blanco, Clara Benoit, Owen Hanks, and Logan Hanks. Bess Arceneaux will provide musical selections for the Mass. Interment will be held following the mass in Sts. Peter & Paul in Scott.
Visitation will be held Tuesday, Jan. 12 from 3:00 - 8:00 pm, and resume Wednesday morning at 8:00 am until time of service. A rosary will be prayed at 7:00 pm Tuesday evening.
Survivors include his children, Gwendolyn Benoit of Cankton, Pat Hanks and his wife Alice on Canton, Ga., and Keith Hanks and his wife Naomi of Cankton; one sister, Bernice Guidry of Rayne; one brother, Merlin Hanks of Church Point; five grandchildren, Amanda Blanco, Jonathan Hanks, Samantha Hanks, Jacob Hanks, and Daniel Benoit; and four great-grandchildren.
He was preceded in death by his wife Sylvia Savoie Hanks; his parents, the former Azema Bearb and Joseph Hanks; four brothers, E.J., Clarence, Early, and Lee Nell Hanks; and two sisters, Adophina Menard and Thelma Hanks.
Bill was born in Bristol, La. and was a long time resident of Cankton. He served in the United States Army during the Korean Conflict, and worked at Sears Department Store for 35 years.
Bill was a man of great faith. He belonged to the St. John Berchman Catholic Church in Cankton, and was a member Knights of Columbus Council 315, attaining Fourth Degree, the highest and most prestigious degree in the fraternal organization.
Pallbearers will be Daniel Benoit, Jeff Hanks, Ken Savoie, Carl Savoie, Tony Savoie, and Lionel Cormier. Honorary pallbearers include Jonathan Hanks, Al Chiasson, Merlin Hanks, Jimmy Allemon, Gerald Menard, Jacob Hanks, and Zachary Thibodeaux.
Memorial contributions can be made to the Gary Sinise Foundation, P.O. Box 368, Woodland, CA 91365, or online at www.garysinisefoundation.org/donate.
Words of condolence may be expressed online at www.waltersfh.com.
Walters Funeral Home, 2424 N. University Ave., Lafayette, LA 70507; 337.706.8941 is in charge of arrangements.

To order memorial trees or send flowers to the family in memory of Curley "Bill" Hanks, please visit our flower store.