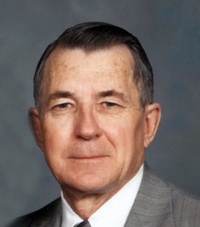 Private graveside services will be held Thursday, December 12, 2013 at Port Hudson National Cemetery in Zachary, LA for Dale Charles Manning who passed away November 23, 2013 after a long battle with cancer. He was 83 years old.
Dale was born in Spink County, SD on December 12, 1929. He was a 20 year veteran of the United States Air Force. Upon his retirement from the military, he was a manager in the Nickerson Farms Restaurant Chain for two years, later entering the banking industry in Marshall, MI, where he retired as Vice President of Chemical Bank South. He was very involved in community activities, serving on the Boards of the United Methodist Church, the Marshall Lions Club, and the DDA.
Dale is survived by his wife of 61 years, Margaret; his granddaughter Amber Manning of Battle Creek, MI; his brother Ronald Manning and wife Marian of Alcester SD; two sisters, Edna Meisel of Frankfort SD and Julia Ormsby and husband Richard of San Diego, CA; and many beloved nieces and nephews.
He was preceded in death by his parents, John and Doris Manning, his twin brother Dean, siblings Jack, Leslie, Maylan, and Laurel, and his son Robert.

To order memorial trees or send flowers to the family in memory of Dale Manning, please visit our flower store.