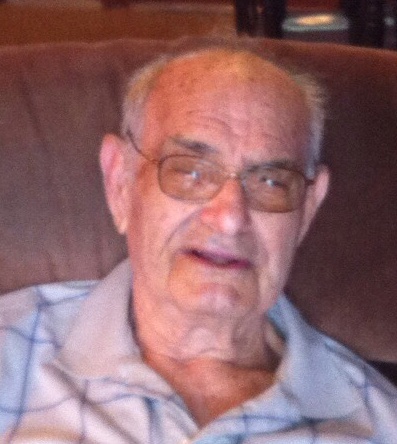 Graveside services will be held Tuesday, February 27, 2018 at 10:00 am in Calvary Cemetery for Dalton R. Guidry, 89, who passed away January 11, 2018 at his residence. Deacon Jody Blanchard will conduct the funeral services.
Survivors include two daughters, Sandy Hawk and her husband Jimmy of Henderson, and Linda Breaux and her husband Darrell of Hendersonville, Tenn.;  two sons, Robert "Bobby" Guidry and his partner Scott of Crowley, and James Guidry and his wife Susan of Breaux Bridge; one brother, Louis Guidry of Milton; eleven grandchildren, 20 great-grandchildren, and three great great-grandchildren.
He was preceded in death by his parents, Edith "Nan" and Mathias "PePop" Guidry; his wife, three brothers and two sisters.
Dalton was a native of Jennings and resident of Lafayette for most of his life. He was an auto mechanic by trade and a member of the Army National Guard before being honorably discharged after serving for three years. He was also a member of the Knights of Columbus and "WRCC" (Whiskey River Country Club), a group of friends that would get together to go fishing, shrimping, crabbing, and gigging for frogs.
The family extends its special thanks to Amedisys Home Health and Hospice Care and to Fire Station #9.
Words of condolence may be expressed online at www.waltersfh.com.
Walters Funeral Home, 2424 N. University Ave., Lafayette, LA 70507; 337.706.8941 is in charge of arrangements.

To order memorial trees or send flowers to the family in memory of Dalton Guidry, please visit our flower store.