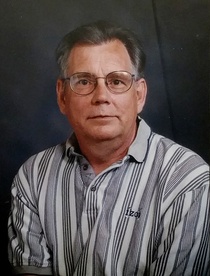 He is preceded in death by his parents, Norma Becknell and Luther Brewer;  and one brother, Ronald Brewer.

Daniel M. Brewer was born in Osaka, Japan on November 25, 1949 while his father was serving in the United States Army during occupation.  He grew up in the states of Mississippi, Texas, and settled in Louisiana.  He graduated from Northside High School in May of 1968.

Daniel saw military service in the United States Army in Vietnam, was seriously wounded, and received three Purple Hearts before being honorably discharged.

In spite of his injuries, Daniel was committed to service and joined the Lafayette Parish Sheriff’s Department.  At the Sheriff’s Department, he headed the Crime Scene Investigative Unit, where many offenders were brought to justice due to his insight, skill, and dedication to safety in his community.

Apart from his service to country and community, Daniel was a freelance artist who loved painting and drawing as a form of self expression.

Daniel will be sadly missed by those who knew and loved him, especially by his loving wife, Pamela, who was his sole caregiver for the past eleven years. He will never be forgotten, and will remain in our hearts forever.

To order memorial trees or send flowers to the family in memory of Daniel Brewer, please visit our flower store.