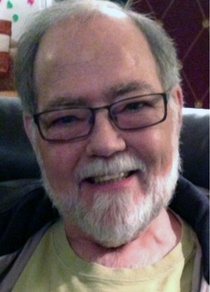 Funeral services will be held Saturday, June 13, 2015 at 10:00 am in the Sunrise Chapel at Walters Funeral Home for David Jude Bienvenu, Sr., who passed away June 8, 2015 at St. Luke's Episcopal Hospital in Houston, Tex. He was 60 years old. Paul Records of Pentecostals of Lafayette will conduct the service. Interment will follow in Greenlawn Memorial Gardens.
Survivors include his wife Noreen; two sons, David Bienvenu, Jr. and his wife Kristin of The Woodlands, Tex. and Greg Bienvenu and his wife Courtney of Baton Rouge; one daughter, Kelli Holtman and her partner Amy of Austin, Tex.; four sisters, Mary Sanchez of Breaux Bridge, Pauline Landry of Breaux Bridge, Alice Denais of Lafayette, and Lucy Ellender of Breaux Bridge; two brothers, Andrew Bienvenu of Breaux Bridge and Luke Bienvenu of Patterson; eight grandchildren, Alexander Reed Holtman, Nicolas Bienvenu, Fleur Lite Bienvenu, Breelyn Avalon Bienvenu, Bexlie Audubon Bienvenu, Jade Peyton Brown, Samantha Lee Brown, and Jackson Reed Tucker.
He was preceded in death by his parents, the former Lite Bonin and Joseph Andrew Bienvenu, Jr.; three brothers-in-law, Brian Ellender, Don Sanchez, and Paul Reed Records; and one sister-in-law, Sandra Records Hancock.
Dave was a loving husband of 36 years to his wife, Noreen. He was a great father to his three children, Kelli, David, Greg, but also a great example of a father to many others. He was adored by his 5 grandchildren and his nieces and nephews. He always had a spot on his lap for them. They loved their PaPa. He always had a twinkle in his eye and a smile on his face. He knew how to fix anything and everything and was called many times for advice whether it was a technical question or science fair project. Dave was a superhero to many.  He was a very generous man always willing to help others in any way he could.  These three things described him best: Faith, Family and Friends.
He was a native of Lafayette and resident of The Woodlands, Tex. for the past eight years. He was a member of the Knights of Columbus Council 1276 of St. Martinville, and Woodlands Church in The Woodlands, Tex. He was an accomplished Eagle Scout and Scout Master for the Boy Scouts of America.
Dave lived most of his life with kidney issues, finally receiving a kidney transplant in 1995 which sustained him for 20 years. His hard fought battle ended with complications due to kidney and liver failure. Throughout this ordeal, Dave never uttered one complaint. He was truly an amazing man. Dave was one of those rarities known as a truly good person.
Dave worked in the oil and gas service industry for over 30 years. At Eastman Whipstock Dave assisted in the development of a new measurement while drilling (MWD) technology. At Baker Hughes Dave held various roles in engineering, technical support, and data analysis.  Dave quickly became an expert in the use of lithium batteries in the downhole drilling environment. Dave and his coworker, Anthony Sanchez developed a battery that was more mechanically durable than any other battery used by Baker Hughes. The improvements to the battery, resolved the #1 failure mode that was hindering the AutoTrak Curve tool. Consequently, the AutoTrak Curve tool has won many industry standard awards across the entire oilfield industry, including "Best New Product."
Dave became the company expert and was the “go to” guy regarding that technology ever since.  Dave was also one of the original designers of a new software package developed to provide a method to record and track maintenance and performance (MaPS).   With his coworkers, Dave could always be depended on and will be sorely missed.  Even when things were going haywire he could always find something good and was able to turn the situation around.
Dave always had an engineer’s mind for resolving the problems, methodical, focused, open to an unseen path of thought.  He was a mentor to many; taught, offered a helping hand, always had an answer, as well as a positive attitude; some called him the “wizard.”
His unshakeable positive attitude was partly just how Dave was and the sign of a man who was contently loved by his family and friends. He will be missed by all of us who had the privilege to know him.
Pallbearers will be Brian Ellender, Joshua Ellender, Kevin Landry, Greg Bienvenu, David Bienvenu and Jeremy Dunn. Honorary pallbearers include Stephen Hancock, Aaron Landry, Damian Denais, Chris Bienvenu, Stephen Bienvenu, Andrew Bienvenu, and Spencer Records.
The family requests that visitation be held Friday, June 12, 2015 from 5:00-8:00 pm. A rosary will be led by the Knights of Columbus Council 1276 at 6:30 pm Friday evening. Visitation will continue on Saturday morning from 8:00 am until time of service.
Memorial contributions can be made to the National Kidney Foundation (kidney.org).

To order memorial trees or send flowers to the family in memory of David Bienvenu, please visit our flower store.