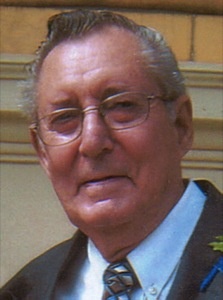 Funeral services will be held at 11:00 a.m. on Monday, April 18, 2011 in the Sunrise Chapel at Walters Funeral Home for Major Donald D. Nigro, Sr. (Retired), 81, who passed away on Thursday, April 14, 2011 at his residence. The Reverend Bill Melancon, pastor of St. Peter Church in Carenco, will officiate and conduct the funeral services. Musical selections by Jodi Bollich, organist and soloist, will include, "Ave Maria," "On Eagles Wings," "In The Garden," and "Psalm 23".

Donald was born on May 26, 1929 to Lenora and Dominic Nigro. He was a native of Cleveland, Ohio and a resident of Scott for the past 20 years. He earned his Bachelor of Science in Economics from the University of Omaha. Don had an interest in aviation at an early age and was a member of the civilian air patrol (CAP). He joined the Air Force already a pilot and flew B-47 Stratojets for the Strategic Air Command. While in Waco, Texas on assignment he met Irene Muska of West, Texas. The couple married on August 24, 1957 and had six children. In 1966, he switched aircraft to C-130 Hercules for the Tactical Air Command and flew in the Vietnam War. He received multiple presidential citations and medals for his service in the USAF, including the Distinguished Flying Cross. While in the Air Force he brought his family on many traveling adventures, including living in the Philippines and Europe. After 27 years of service, he retired from the military and embarked on a new career in the oil field industry working for the Petroleum Center, Schlumberger, and other companies. He had his second retirement at age 74. While in Lafayette, he met and married Elizabeth "Angie" Dunn on Sept 1, 1995. He was an officer of the VFW Post 2103, a member of the American Legion Post 69, and the Knights of Columbia. He was a member of the Krewe Tous Seul and the Lafayette Golden Age group. His hobbies were reading, music (especially Jazz) and Military/ Aviation History. He was a wonderful husband and father and will be missed greatly.

He was preceded in death by his first wife, Irene Magdalene Muska; his parents Lenora and Dominic Nigro; one sister, Carol; and one step-son.

Pallbearers will be his six children.

The family sends its special thanks to Cathy Girouard and Hospice of Acadiana for their loving care during Don's illness.

The family requests that memorial contributions be made in Don's name to Hospice of Acadiana, 2600 Johnston St., #200, Lafayette, LA 70503.

To order memorial trees or send flowers to the family in memory of Donald Nigro, Sr., please visit our flower store.