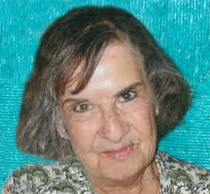 Funeral services will be held on Saturday, November 14, 2015 at 10:30 a.m. at Episcopal Church of the Ascension for Dorthen Scott, 78, who passed away on Friday, November 6, 2015.  The Reverend Joseph Daly will conduct the funeral service.

Survivors include her husband, Owen A. Scott of Lafayette;  one son, Owen “Scotty” Scott, Jr. and his wife Kirsten of Petal, MS;  one sister, Sherion Rayburn and her husband George of Perkiston, MS;  two brothers, Mairon Lee and his wife Ann of Carriere, MS, and Cornel Lee and his wife Gloria of Leander, TX; and three grandchildren, Ava, Lyla, and Nolan Scott.

She was preceded in death by her parents, Roger Lee and Ethel Lumpkin Lee; one brother, Garland Lee;  and one sister, Linda Carroll.

View the obituary and sign the guestbook online at www.waltersfh.com
To order memorial trees or send flowers to the family in memory of Dorthen Scott, please visit our flower store.