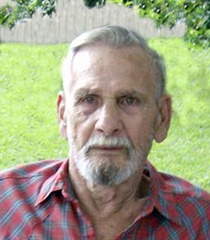 Doyle Dee Nelson, MSGT, USAF (Retired) went to be with his Lord on April 12, 2015. He was 84 years old. A Mass of Christian Burial will be held on Tuesday, April 14, 2015 at 2:00 pm in the Sunrise Chapel at Walters Funeral Home to celebrate his life. Father Duane Petersen of Ascension Episcopal Church will be the celebrant of the funeral mass and conduct the funeral services. A private inurnment service will take place at a later date.
Doyle was born on February 14, 1931 to Lee Nelson and Ethel Daisy Smith in Guthrie, Okla. He grew up on the family farm in Mulhall, Okla., and moved to Wichita, Kan. when he was in high school. He attended Plainview High School where he excelled in football. Upon graduation he joined the United States Air Force with the desire to serve his country. His first base assignment was England Air Base in Alexandria, La., where he met the love of his life, Margaret Ann Bordelon. They married Nov. 7, 1950; shortly thereafter they were sent to Chaumont, France. The newlyweds traveled Europe for three years and had two children. While stationed in France, Doyle was chosen for the position of Crew Chief to #3 fighter of the Sky Blazers, the original acrobatic fighter squadron of the USAF. This position was a privilege he was proud of and would talk about frequently through the years. The idea of an acrobatic fighter squadron traveled across the Atlantic, and today thousands of people enjoy watching the USAF Thunderbirds at air shows.
Doyle retired with the rank of Master Sergeant in 1971, whereupon he moved the family to Weimar, Tex. He held positions on a cattle ranch, in a gasket factory, and as a truck driver. He moved to Lafayette several years ago to be near his daughter and her family.
Doyle had a passion for woodworking. He was skilled in creating custom patio and outdoor furniture for friends and family. He would travel to Texas often to pick up his "wood of choice", the red heart cedar. Any given weekend you could find four generations in the backyard creating a beautiful piece for someone special.
Doyle was an active member of the Carencro Lions Club where he enjoyed many fundraising events and service projects. He could be seen piddling at many "work weekends" at the Louisiana Lions Club Camp. The camp has many of his custom-made pieces for the special needs children to enjoy each summer.
He leaves behind to celebrate his life his best friend and blessing to his family, Barbara Troglin; his daughter dear, Kathy and her husband Jerry "J.W." Harrison of Lafayette, La.; his two sons, Mike and his wife T.J. Nelson of Weimar, Tex. and Dana Nelson of Monaville, Tex.; a special nephew he called his son, Von Vallery of Pineville, La.; five grandchildren, Marcus Harrison of Lafayette, La., Maggie (Harrison) and her husband Michael Broussard of Carencro, La., Tiffany (Nelson) Vasquez and her husband Roger of Corpus Christie, Tex., Lee Ethridge and his wife Shannon of Katy, Tex., and Heather (Ethridge) and her husband Gary Moore of Brenham, Tex.; six great-grandchildren, Weston Lee Harrison of Lafayette, La., Chase and Lindsey Ethridge of Katy, Tex, Kailyn Capps of College Station, Tex, Emily Gonzales and Lexi Zach of Brenham, Tex.; and several nieces and nephews.
He was preceded in death by his wife, Margaret Ann; his parents, Ethel Daisy and Hosey Lee Nelson; and his sister, Gloria Peterson.
Pallbearers will be Mike Nelson, Dana Nelson, Jerry Harrison, Marcus Harrison, Michael Broussard, and Von Vallery. Honorary pallbearers will be Weston Harrison, Lee Ethridge, Gary Moore, Roger Vasquez, and Chase Ethridge.
The family requests that visitation be held Tuesday from 11:00 am until time of service.The Lions Club Last Roll Call will be held at 1:00 pm, and a rosary will be led by Greta Pollock at 1:15 pm.
Memorial contributions can be made in Doyle's name to LA Lions Camp, 292 L. Beauford Drive, Anacoco, LA 71403; LA Lions Eye Foundation, 2020 Gravier Street, Ste. B, New Orleans, LA 70112; or Hospice of Acadiana, 2600 Johnston Street, Ste. 200, Lafayette, LA 70503.
To order memorial trees or send flowers to the family in memory of Doyle Nelson, please visit our flower store.