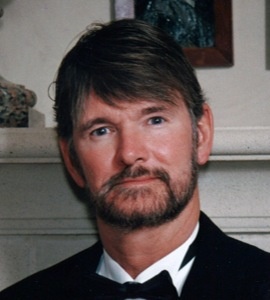 A Celebration of Life will be held for Dr. John E. Cobb at 7:00 pm on Wednesday, December 7, 2011 in the Sunrise Chapel at Walters Funeral Home. Elton Cobb, Jr., Dr. Louis Blanda, William Atkinson, and Samuel Caillouet will be the eulogists, and musical blessings will be performed by Walter, Jr.
Survivors include his wife Karen Gile Cobb of Lafayette; two daughters, Kelly Lynn Cobb of Lafayette and Heidi Elisabeth Cobb of New Orleans; one son, John Spencer Cobb of Lafayette; one step-son Dylan Chachere of Lafayette; one brother, Elton Cobb, Jr. of Savannah, Georgia; two grandchildren, Ava and Ian Allam of Lafayette and one son-in-law, Mohamad Allam.
He was preceded in death by his parents, the former Ada Haydel and Elton Cobb, Sr.; and one sister, Carolyn Caillouet.
John was a native of New Iberia, longtime resident of Opelousas, and lived in Lafayette for the past 40 years. In 1964 he graduated as valedictorian from Bridge City High School in Bridge City, Texas. John went on to attend the University of Texas and Louisiana State University Medical School, where he received his Doctorate Degree in 1970.
John served the Acadiana community for over 40 years as a well-respected, innovative orthopedic surgeon and was a founding member of the Lafayette Surgical Specialty Hospital. He was a patron of many civic and charity organizations and a supporter of Friends of Music at the University of Louisiana at Lafayette, the Acadiana Symphony Orchestra, and the Acadiana Outreach Center.
The family will receive friends on Wednesday, December 7th from 5:00 p.m. until time of services.
Memorial contributions may be made to the Cholangiocarcinoma Foundation, 5526 West 13400 South, #510, Salt Lake City, UT 84096.
View the obituary and sign the guest book online at waltersfh.com .
Walters Funeral Home, (337) 706-8941, 2424 North University Avenue in Lafayette, is in charge of funeral arrangements.

To order memorial trees or send flowers to the family in memory of Dr. John Cobb, please visit our flower store.