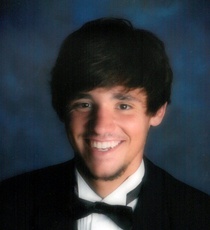 Funeral services will be held at 11:00 a.m. on Friday, October 31, 2014 in the Sunrise Chapel at Walters Funeral Home for Dylan Lee Mouton, 21, who passed away on Monday, October 27, 2014.  Pastor Gerald Heard, of Temple Baptist Church, will officiate the funeral ceremony.
Dylan is survived by his parents, Linda and John Clyde “Crook” Mouton;  one sister, Natalie Mouton;  and one grandmother, Ella Lou Burgardt.
He was preceded in death by three grandparents, Louise and John Burgardt, and J.B. Mouton.
Dylan was a 2011 graduate of Carencro High School, and was employed by Custom Metal Applications.  In his free time, he enjoyed paint ball, fishing, and spending time with friends and family.
Visitation hours will be observed on Thursday, October 30, 2014 from 2:00 p.m. until 10:00 p.m, and on Friday, October 31, 2014 from 8:00 a.m. until time of service.
In lieu of flowers, the family requests that donations be made in Dylan Mouton’s name to the organization of your choice.

To order memorial trees or send flowers to the family in memory of Dylan Mouton, please visit our flower store.