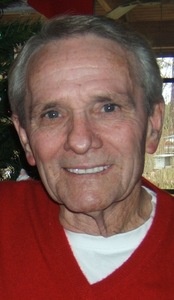 Private graveside services will be held at a later date at Zion Hills Cemetery in Henderson, Texas for Eddie L. Riley, 79, who passed away on September 28, 2013 at Our Lady of Lourdes Regional Medical Center.

He was preceded in death by his parents, Ernest Edward Riley and Virginia Tipps Riley and one son, Biff Riley.

Mr. Riley was a native of Kilgore, Texas and lived in Lafayette most of his life. During his time in Lafayette he worked in the oil industry for forty years. He was an avid fisherman who found immense joy in life being on the water with his children and grandchildren. Mr. Riley always took special care in hugging and expressing love to his grandchildren.

The family requests that memorial contributions be made in Eddie's memory to your favorite charity.

To order memorial trees or send flowers to the family in memory of Eddie Riley, please visit our flower store.