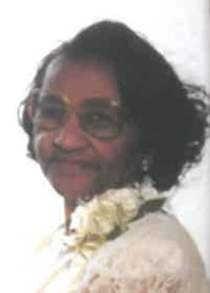 Edmae will always be remembered by family and friends as a loving, virtuous woman, who embraced everyone who came in her presence with enduring love.  She was generous, giving, caring, and a very loving person filled with warmth.

Edmae B. Colligan was born on May 11, 1927 to the late Paul and Loretta Andrus Bernard.  She was a native of Carencro, and a resident of Lafayette, where she met and married the late Ed Colligan.  Through this union, they were blessed with four children.  One son, Donald Colligan;  three daughters, Diane (Carol) Colomb, Debra (Joseph) Lopez, and Gail Maxine (Louis) Navarre;  eight grandchildren:  Dena, Karen, Treia, Keidra (Jared Silverman), Joseph II, Chance, Maya, and Oliver;  and nine great-grandchildren.

Edmae was employed at the Old Charity Hospital for a brief period.  She was a member of the Salvation Army Auxiliary, which she enjoyed and volunteered for.

To order memorial trees or send flowers to the family in memory of Edmae Colligan, please visit our flower store.