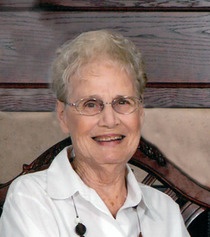 A Mass of Christian Burial will be held on Tuesday, February 9, 2016, at 11:00 a.m. for Edna Begnaud, 91, in the Sunrise Chapel at Walters Funeral Home.   Father Michael DeBlanc, Associate Pastor of St. Genevieve Catholic Church, will officiate the ceremony and conduct graveside services.  Interment will take place at Greenlawn Memorial Gardens.

Survivors include her husband, Leseuse “LJ” Begnaud of Lafayette; one daughter, Donna Dugas and her husband Blaine of Loreauville; two brothers, John Speyrer of Lafayette, and Henry Speyrer and his wife Sue of The Woodlands, TX; two grandchildren, Laine Judice and her husband Brady of Loreauville, and Justin Dugas and his wife Ashley of New Iberia; and four great-grandchildren, Payton Judice, Mia Judice, Aubree Judice, and Wyatt Dugas.

She was preceded in death by her parents, Lula and Michel Speyrer;  one daughter, Loretta Trahan;  two brothers, Emile Speyrer and Robert Speyrer;  and one sister, Mary Stelly.

Memorial contributions can be made in her name to St. Jude Children’s Research Hospital, 501 St. Jude Place, Memphis, TN,  38105.

To order memorial trees or send flowers to the family in memory of Edna Begnaud, please visit our flower store.