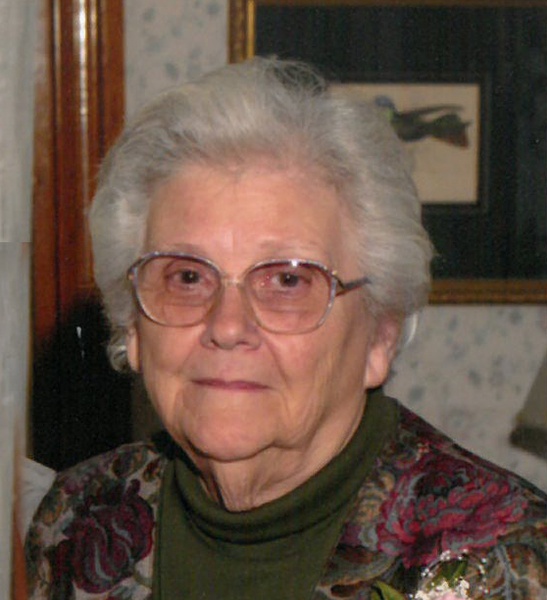 Funeral services will be held at 10 a.m. Monday, December 4, 2017 in the Sunrise Chapel at Walters Funeral Home for Edna D. Roberts who died at her residence Friday, December 1, 2017.
In charge of the religious ceremony will be Deacon Randy Hyde.  Lectors are Shawn Breaux and Raime Thibodeaux.  Burial will take place in Calvary Cemetery.
Edna is survived by two daughters: Brenda Thibodeaux and her husband, Gerard; and Donna Roberts and her husband, Preston Dial.  Two sons: Bradley Roberts, Jr. and his wife, Sue; and Tommy Roberts and his wife, Debbie.  One sister, Dorothy Madley.  She also leaves behind six grandchildren; Aaron Roberts, Casey Leger, Tiffany Folse, Shawn Breaux, Andrew Thibodeaux and Raime Thibodeaux; along with four great-grandchildren; Gage Leger, Maddex Leger, Brinley Thibodeaux and Cohen Thibodeaux.
She was preceded in death by her husband, Bradley Roberts, Sr. and nine siblings.
Throughout her life, Edna loved gardening particularly with Easter lilies, azaleas and daisies from her mother.  She also took pride in her success with African violets.
Pallbearers will be Preston Dial, Gerard Thibodeaux, Josh Breaux, Carl Leger, Gage Leger and Maddox Leger.
Visitation will be from 8 a.m. Monday until the services at 10 a.m.  A rosary will be prayed during this time.
Condolences for Mrs. Roberts can be sent to the Website at Walters Funeral home at Waltersfh.com
Walters Funeral Home located at 2424 North University in Lafayette (337-706-8941) is in charge of funeral arrangements

To order memorial trees or send flowers to the family in memory of Edna Roberts, please visit our flower store.