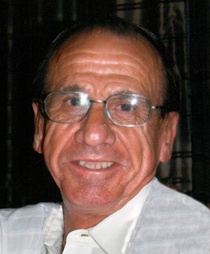 Son, husband, father, grandfather, brother, uncle and friend to so many...

A Mass of Christian Burial will be held Monday, August 4, 2014 at 1:00 pm in Sts. Peter & Paul Catholic Church in Scott, LA for Edward Guidry, 74, who passed away peacefully July 31, 2014 in his home after a long illness.   Father Michael Champagne, CJC, STD, with Community of Jesus Crucified in St. Martinville, LA will officiate the mass and conduct the funeral services.  Con-celebrants will be Father Howard Blessing, Father Brian Webre and Father Nicholas DuPre'.  Interment will follow in Sts. Peter & Paul Cemetery.

Gift bearers for the Mass will be Alyssa Carrier, Austin Carrier and  Emma Guidry.  Karen Broussard, organist and soloist will perform "Ave' Maria", "Old Rugged Cross", "La Grâce du Ciel", "Be Not Afraid", "On Eagle's Wings", and "Go Rest High on the Mountain."

Edward was born August 23, 1939.  He was a native of Church Point, and resided in Lafayette for 30 years. He was a manager of Stine's in Sulphur, LA for many years.  He later moved to Lafayette and opened his own business, Ed Guidry Lumber Sales, where he was a wholesale lumber broker.  Mr. Guidry was a member of Community of Jesus Christ Crucified for fifteen years.  He spent most of his retirement working at a retreat house in St. Martinville, volunteering his time and talents as a handyman. He would often be seen remodeling, rebuilding, or lending a helping hand to others.

The Guidry family would like to express its gratitude to the nurses, caregivers and staff of Heart of Hospice in Lafayette for their gentle care of Mr. Ed and his family for the past two years.  Memorial contributions can be made in Ed's name to Heart of Hospice, 201 W. Vermilion St., Ste. 200, Lafayette, LA 70501.
To order memorial trees or send flowers to the family in memory of Edward Guidry, please visit our flower store.