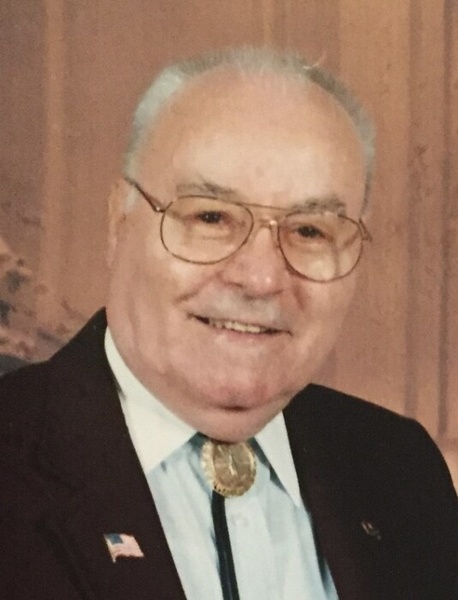 The family and friends of Edwin Joseph Gaudin, Sr. are mourning the loss of their loved one who was called from this life and into the arms of Jesus on Thursday October 14, 2021. He was 94 years old.

To celebrate a life well lived, the Vigil and Mass of Christian Burial will be held at Walters Funeral Home Tuesday, October 19, 2021 at 2:00 pm. Reverend Father Daniel Edwards, Pastor of St Jules Catholic Church, will be the celebrant of the funeral mass and will conduct funeral services.

Eulogy will be given by his son, Deacon Gary Gaudin. Readers will be his daughters Cheryl Gaudin and Pamela Gaudin Breaux.  Gift bearers will be his great grandchildren. Organist and soloist will be Cantor Angela Sanford and Brian Sanford, Organist.  Musical selections will be "Ave Maria", "Hail Mary, Gentle Woman", "I Will Never Forget You", "My Shepherd is the Lord", "Amazing Grace", "Be Not Afraid", and "How Great Thou Art". Entombment will be in Greenlawn Memorial Gardens Mausoleum in Lafayette, La following the service.

The family requests that visitation be observed on Tuesday, October 19 from 9 am until time of service. A Rosary will be recited at 1 pm by The St. Jules Angels of Service where Shirley and Edwin attended daily mass.

Edwin Joseph Gaudin, Sr., was born in Convent, La on August 31, 1927. He was best known to family and friends as “boogie”.  He received that nick name because he so loved the dance floor. Edwin and Shirley, his wife of 66 years who preceded in him in death, could certainly “cut a rug” as they say. They would tirelessly hit the dance floor with huge smiles every Saturday night with brothers, sisters, brothers in law, sisters in law and friends. In their later years, Edwin and Shirley would watch Lawrence Welk reruns every Saturday night toe tapping until they could stand it no more and had to get up and dance with twinkles in their eyes.

Edwin grew up speaking both French and English. He was an altar boy in Convent, La from the age of 7 until he was 19 years old. Edwin and Shirley moved to Texas where he graduated from Draughans Business College in Houston. Edwin and Shirley moved back to their beloved La and Edwin entered the life insurance business in 1950 employed with Woodmen of the World Life Insurance Society.  Edwin reached his first million-dollar production in 1965. Edwin wrote an article published in the Woodmen of the World Life Insurance Society Magazine, quote: “I want to say right here that my biggest asset in my career is my wife Shirley. She is my partner…”  As a team, for fifteen years, the coveted national F.I.C. award was presented to Edwin J. Gaudin, Sr. for having the most volume production in force at the end of the calendar year that was produced during that year making him the Woodmen of the World Super Star. Edwin, with Shirley by his side, served the people of which he wrote life policies.  Edwin’s goal was to leave the world a better place than he found it.  After 36 years of dedicated service to the plan members, he retired in 1986.

Edwin was commissioned an Eucharistic Minister by the late Reverend Father Roy Edwards of Carencro, La in 1960. He was also a member of the all male choir in Carencro at St. Peter Roman Catholic Church and attended the Men’s Cursillo #25 in Prairie Rhonde in 1963.

After retirement, Edwin joined Shirley and volunteered at Our Lady of Lourdes Hospital in Lafayette. Edwin volunteered for 18 years volunteering 2,000+ hours as a Eucharistic Minister, Patient Representative, and Pastoral Care.  Shirley volunteered for 23 years in several departments especially the gift shop.  Edwin could always be heard around the hospital greeting staff and people he knew. And he never met a stranger. If he did not know you he could be heard introducing Shirley as “the chick that makes him tick” followed by a joke of course. Edwin enjoyed making people laugh. Edwin and Shirley attended mass daily at Our Lady of Lourdes chapel and Edwin enjoyed being altar boy for the service.   On April 19, 2000, Edwin J. Gaudin, Sr. was awarded a Life Membership by Our Lady of Lourdes Auxiliary.

Sign the virtual guestbook by clicking the "Guestbook" tab above.

To order memorial trees or send flowers to the family in memory of Edwin Gaudin, Sr., please visit our flower store.