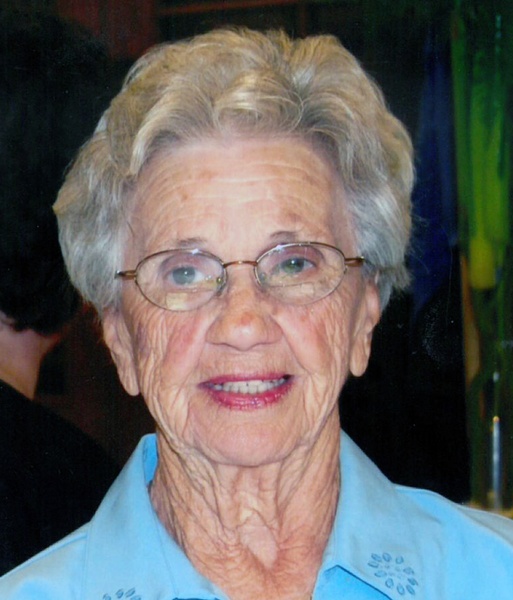 Funeral services will be held Wednesday, September 12, 2018 at 1:00 pm in the Sunrise Chapel at Walters Funeral Home for Effie S. Simar, 97, who passed away September 10, 2018. Pastor Frank Ducharme of First Baptist Church in Scott will conduct the funeral services. Lectors will be Jim Trahan and Jaimee Gaudin. Musical selections will be performed by her longtime neighbor and friend, Sylvia Lormand. Interment will follow the service in Greenlawn Memorial Gardens.
Survivors include one daughter, Cynthia (Jim) Trahan of Lafayette; two sons, Donald (Marella) Simar and Curtis Simar; two sisters, Joyce Doucet and Leann (Joe) Kent; four grandchildren, Jaimee Trahan (Robert) Gaudin, Julie Trahan (Scott) Reese, Jarrod Simar, and Lane Simar; two step-children, Wayne Simar and Marcia Simar Lister; and nine great-grandchildren.
She was preceded in death by her parents, the former Lilian Thibodeaux and Louis Smith; her beloved husband Wilfred, one brother and one sister.
Pallbearers will be Donald Simar, Jarrod Simar, Robert Gaudin, Jim Trahan, Michael Richard, and Reggie Richard. Honorary pallbearer will be Curtis Simar.
The family requests that visitation Wednesday, September 12 from 10:00 am until time of the service.
Special thanks are given to the staff of Lady of the Oaks Nursing Home and Lamm Hospice for their kind and considerate care during Effie's illness.
Words of condolence may be expressed online at www.waltersfh.com.

To order memorial trees or send flowers to the family in memory of Effie Simar, please visit our flower store.