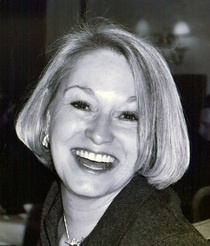 Eileen Vernon Gardes, 64, peacefully entered eternal rest on June 12, 2014, surrounded by her family.
She was born on July 2, 1949 in New Orleans.  She was a graduate of Slidell High School and had been a resident of Lafayette for over 40 years.   She married her loving husband, Robert “Bob” Gardes on September 3, 1977, and together they raised two daughters.  Over the course of her life in Lafayette, Eileen was a member of the Galvez Chapter of the Daughters of the American Revolution, Secretary for several years of the Southern Oil Man’s Tennis Tournament, and a longtime parishioner of the Cathedral of St. John the Evangelist.  She loved spending time at the beach, trout fishing, and traveling; and was a devoted wife, mother, grandmother and friend.
Eileen is survived by her husband of 36 years, Bob; two daughters, Lauren Gardes Boyce and her husband Robert Boyce, Jr., and Lani Gardes Harris; three grandchildren, Alden Virginia Boyce, Robert Matthew Boyce and James Edward Harris; her mother, Beverly Prince Vernon; her mother-in-law, Roberta Gardes Wetzel; her sister, Liane Vernon Basford and her husband Bob; her brother-in-law, Steve Gardes and his wife, Beverly; her sister-in-law, Rebecca Gardes Sonnier and her husband Stephen; and several nieces and nephews.
She is preceded in death by her father, Donald Eugene Vernon; her father-in-law, John Francis Gardes; and three grandchildren, John Paul Harris, Analise Kay Harris and Melanie Claire Harris.
Visitation will be held on Friday, June 13, 2014 from 3:00– 7:00 pm at Walters Funeral Home, and a rosary will be prayed at 7:00 pm.  A private, family burial will be on Saturday, June 14, 2014.
The family would like to give special thanks to Dr. Thomas Reske and the entire Oncology staff at Oschner’s Hospital in New Orleans and Hospice of Acadiana for their loving care.
In lieu of flowers, the family requests that memorial contributions be made to the Academy of the Sacred Heart, PO Box 310, Grand Coteau, LA 70541.

To order memorial trees or send flowers to the family in memory of Eileen Gardes, please visit our flower store.