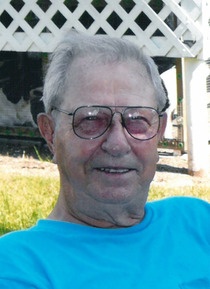 Catholic funeral services will be held Saturday, May 21, 2016 at 1:00 pm in the Sunrise Chapel at Walters Funeral Home for ElginTerro, 88, who passed away May 17, 2016 at Lafayette General Medical Center.
Father Andre Metrejean, Pastor of Sts. Peter and Paul Church in Scott will conduct the funeral services. Melissa Thibodeaux and Mel Theriot will be the lectors; Ron Moreau and Phyllis Simar will be the musicians. Interment will follow the services in Sts. Peter & Paul Cemetery.
Survivors include two daughters, Charlotte (Russell) Prejean of Thibodaux and Darlene (Paul) Hobart of Youngsville; one son, Dale (Peggy) Terro of Arnaudville; one sister, Helen (Dercy) Alleman of The Groves, Tex.; five grandchildren, and several great-grandchildren.
He was preceded in death by his wife Elrena May Terro;  parents Francis and Eva Terro; two brothers, Leawood and Leroy Terro; and one sister, Audrey Trahan.
Elgin was a native of Rayne and resident of Lafayette for most of his life. He was a proud veteran of the United States Army and served during the Korean Conflict. He was a member of  the American Legion Post #77 in Rayne and the VFW Post #9822. He retired from McKesson Corporation with 23 years of service.
Pallbearers will be Dale Terro, Russell Prejean, Paul Hobart, Hilary Thibodeaux, Kyle Thibodeaux, and Tim Fanguy.
The family requests that visitation be held Saturday, May 21, 2016, from 8:00 am until time of service.

To order memorial trees or send flowers to the family in memory of Elgin Terro, please visit our flower store.