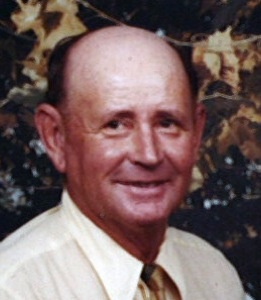 Funeral services will be held on Thursday, July 26, 2012 at 2:00 pm in the Sunrise Chapel at Walters Funeral Home for Ellis John Benoit, 83, who passed away on July 24, 2012. Deacon Cody Miller will conduct the funeral services. Interment will be in Greenlawn Memorial Gardens.
He is survived by his son, Marcus Benoit of Carencro; three sisters, Eldine B. Lantier of Duson, Elmae Dugas and Lucy Whitley, both of Lafayette; two brothers, Hershel Benoit of Church Point and Kelly Benoit of Scott; four grandchildren, Joshua Marshall, Jessica Blount, Thomas Benoit, and Jourdan Benoit; and three great grandchildren, Jaleigh Blount, Hailey Chiasson, and Jocelyn Blount.
Mr. Benoit was preceded in death by his wife, Laurs Forestier Benoit, his parents, Jean and Anna Benoit; two infant children; four brothers, Jake Benoit, Cleve Benoit, Eldon Benoit and Leland Benoit; and one sister, Genevieve Leger.
Ellis was a native Church Point and resident of Lafayette for the past fifty years. He served in the United States Army during the Korean War.
Pallbearers for the service will be Thomas Benoit, Jourdan Benoit, Mike Benoit, Matthew Britt, Eric Britt, and Larry Blount. Honorary Pallbearers will be Clovis Forestier and Joshua Marshall.
The family requests that visitation be held on Wednesday, July 25, 2012 from 12:00 pm - 8:00 pm, and resume Thursday morning at 9:00 am until the time of service.

To order memorial trees or send flowers to the family in memory of Ellis Benoit, please visit our flower store.