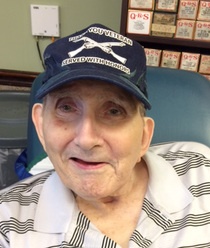 Is is with sadness that we announce the death of Elmo Nicholas Blaize, who passed away March 25, 2017.
A native of New Orleans, Elmo was born on February 28, 1939 and his parents were Thelma Lee and Elmo Blaize.Elmo spent his childhood on Weeks Island, where his father was the plant engineer. He returned to New Orleans to attend Holy Cross High School. He graduated from LSU and after his two years in the Navy, he worked for the State Board of Health He spent most of these years in New Orleans and Houma. His last years were spent in Maison de Lafayette, which was close to his sister.
Elmo was a happy soul who loved music, reading, and his family and friends.
He is survived by his sister Carolyn Vernon, his brother-in-law Ian Vernon, and cousins. He shall be missed.
Private inurnment will take place in New Iberia at a later date.
To order memorial trees or send flowers to the family in memory of Elmo Blaize, please visit our flower store.