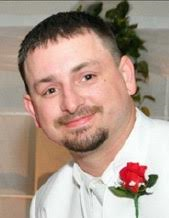 Eric was known to his friends and family as being the life of the party.  In his free time, he enjoyed shooting pool every Friday night and spending time with his family.

Walters Funeral Home, (337) 706-8941, 2424 North University Avenue in Lafayette, is in charge of funeral arrangements.
To order memorial trees or send flowers to the family in memory of Eric Melancon, please visit our flower store.