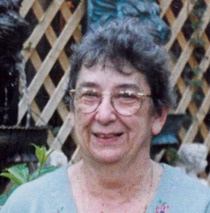 A Mass of Christian Burial will be held at 1:00 pm on Friday, April 8, 2016 in the Sunrise Chapel at Walters Funeral Home for Esther Powell Key, 91, who passed away April 2, 2016 at Magnolia Estates Nursing Home.
Father Brian Taylor, Pastor of St. Genevieve Catholic Church, will be the Celebrant of the funeral Mass and will conduct the funeral services. Interment will be in Lafayette Memorial Park.
Survivors include two daughters, Margaret Key of Lafayette and Elizabeth Key Steverson of Atlanta; one son, James Key of Hemphill, Tex.; one sister, Ethel Powell of Lafayette, three grandchildren, Christopher Breaux of Lafayette, Sherri Fargo of Scott, and Daron Pellerin of Atlanta; and five great grandchildren, Hunter Guillory, Alex Guillory, Chase Guillory Fargo, Claudia Breaux and Huck Breaux.
She was preceded in death by her husband, Howard Key; parents, Edward Lee and Mary Louise Powell; four sisters and one brother.
Pallbearers will be Chris Breaux, Daron Pellerin, Alex Guillory, Hunter Guillory, Robert Powell and Jeremiah Matthieu. Honorary pallbearers include Chase Fargo and John Zeno.
Visitation will be held from 1:00-9:00 pm on Thursday, April 7, 2016, and resume on Friday morning at 8:00 am until time of service.
The family requests that memorial contributions be made in Esther's name to the Alzheimer's Association at www.alz.org, or to Heart of Hospice, 201 W. Vermilion St., Lafayette, LA 70501.

To order memorial trees or send flowers to the family in memory of Esther Key, please visit our flower store.