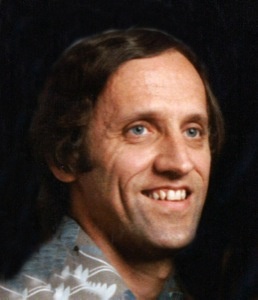 Beloved son, brother, uncle and cousin, Everett Nathaniel "Sonny" McMichael, Jr.,63, passed away January 24, 2013 after a courageous battle with cancer. He was surrounded by his loved ones and dear friend Bruce Navarre at River Oaks Retirement Manor in Lafayette.
Sonny was a cherished son of Dorothy P. McMichael of Butte La Rose, and brother to Deborah Ann McMichael (Henry) of Butte La Rose, Luke R. McMichael (Tyla) of Lafayette, and Robert C. McMichael of Butte La Rose. He is also survived by his two nieces Brittany and Brooke McMichael; nephew Jared Keel; great-nieces and nephews Jennifer, Jacob and Jeremy, along with Dahlia and Heather Lawrence, whom he called his angels.
He was preceded in death by his father, Everett Nathaniel McMichael, Sr., his brother Mark Anthony McMichael, and his niece Sommer Lynn Keel.
Sonny was a graduate of Louisiana Tech University and a United States Army veteran, where he served as a Military Police Officer. He was a hard worker in the bookkeeping department of several local hospitality establishments, most recently as night auditor for Hampton Inn. In his free time he enjoyed long distance running.
Memorial services for Sonny will be Monday, January 28, 2013, 11:00 a.m. at First United Methodist Church on the corner of Lee and Main Street in Lafayette. The Reverend Mark Benge will officiate the service. A casual gathering of family and friends will follow the funeral service in the Social Hall at the church. His ashes will be interred in the Old Shongaloo Methodist Cemetery in Shongaloo, Louisiana at a later date.
The family extends its thanks to River Oaks Retirement Manor for such loving care.

To order memorial trees or send flowers to the family in memory of Everett McMichael, please visit our flower store.