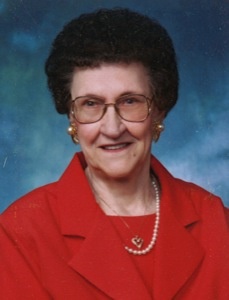 Frances was born April 13, 1918 in Bristol, LA. She lived in Lafayette, LA for 83 years, and was a member of St. Leo the Great Catholic Church. She was a loving mother and grandmother who enjoyed cooking and baking for her family, playing games, dancing, and quilting.

To order memorial trees or send flowers to the family in memory of Frances Venable Benoit, please visit our flower store.